Homeboyz have been scouting for a new coach, following the departure of Bernard Mwalala who was sent packing after failing to deliver the title last season.

•Babu now says he contemplated accepting the plum offer but immediately shelved his ambition after realising it could land him trouble.

•The club wrapped up their campaign second behind champions Tusker despite having maintained a firm lead for the better part of the season. 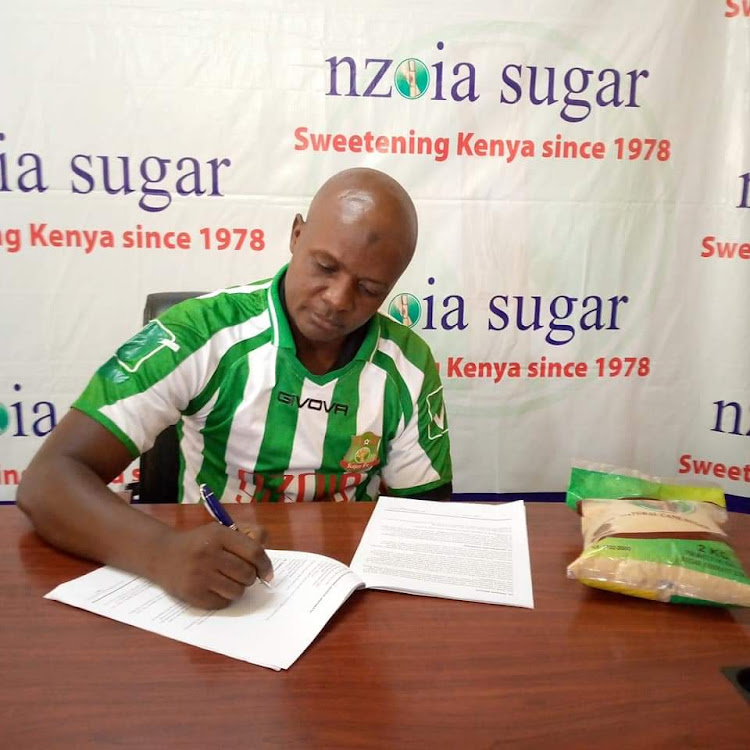 Nzoia Sugar head coach, Salim Babu, has confirmed reports that he turned down a plum offer from rivals Kakamega Homeboyz, who approached him to take up a role at the club.

Homeboyz have been scouting for a new coach following the departure of Bernard Mwalala, who was sent packing after failing to deliver the title last season.

The club wrapped up their campaign second behind champions Tusker despite having maintained a firm lead for the better part of the season.

The two sides finished level on 66 points with the brewers enjoying a healthier goal difference.

But in an exclusive interview on Tuesday, Babu said he initially contemplated accepting the enticing offer but immediately shelved his ambition upon realising it could land him trouble owing to legal challenges.

“I still have some months left on my two-year contract with Nzoia and I would have breached the law if I had left given I have only done three months now,” Babu said.

Babu also said they have already embarked on intense preparations ahead of the new season.

“This is our second day in training and we are already full house. Only two players have left so far but the rest of the squad is intact.”

“We have organised a couple of friendly matches on Thursday and at the weekend to test how ready we are for the new season. We are awaiting the management to confirm our opponents in the friendly matches,” Babu said.

The tactician played down reports that the flavour of the topflight league had been taken away by Kenya's suspension from international competition.

“I have asked my players to focus their thoughts on our upcoming matches and avoid unnecessary distractions occasioned by the ongoing standoff between the government and the world football governing body, Fifa," he added.

The tactician who joined the side from National Super League (NSL) side, Kisumu Allstars, joined the millers in February and managed to salvage them from the jaws of relegation after they finished fourth from the bottom.

Babu took up the role after his predecessor Ibrahim Shikanda unexpectedly relinquished his position at the Bungoma-based club.

Post a comment
WATCH: The latest videos from the Star
by TONY MBALLA
Football
17 August 2022 - 00:00
Read The E-Paper