IT'S NOT OVER YET

The English Premier League 2021-22 season finally comes to a close this weekend and the battle for silverware will go to the wire.

• For sure, many tip Manchester City to lift the EPL title but hang on there, the 19-time Kings of England are not taking this lying down.

• As a Liverpool fan, I must admit that I don’t want Everton to go down because we don’t want to miss the Merseyside derby next season! 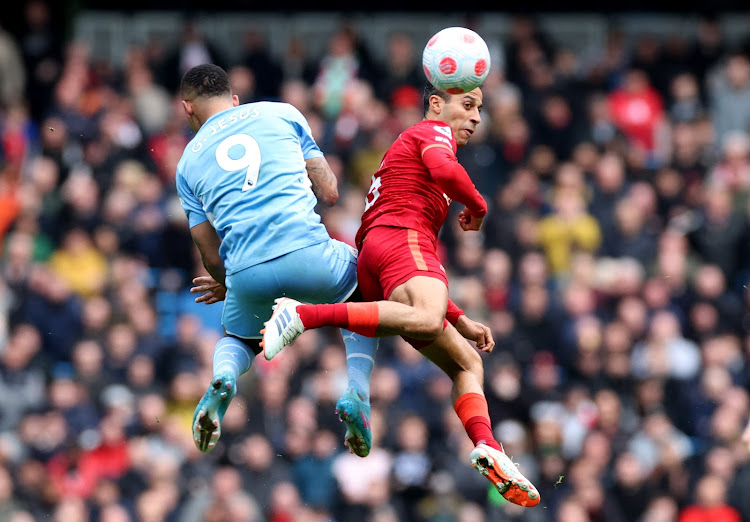 It has been a season full of drama, competition and disappointments, all served in equal measure. Unlike last season, the fans crept back to the stadium and once again we feared no Covid-19, things became calmer.

The English Premier League 2021-22 season finally comes to a close this weekend and the battle for silverware will go to the wire.

Last weekend, Manchester City blew a chance to win it with a game in hand when they drew 2-2 away to West Ham United, Liverpool who are well on course to a historic quadruple meanwhile won their second trophy this season by beating Chelsea in the FA Cup final.

For sure, many tip Manchester City to lift the EPL title but hang on there, the 19-time Kings of England are not taking this lying down. A 2-1 win away to  Ralph Hasenhuttl’s Southampton on Tuesday night meant that the gong was not going to hit the bell this early and Sunday is the day of reckoning.

As Liverpool and Manchester City take the battle for glory to the last day, the relegation battle is also an interesting one. As a Liverpool fan, I must admit that I don’t want Everton to go down because we don’t want to miss the Merseyside derby next season!

On Sunday 6 pm, Everton take on a depleted Arsenal side that just spurned a chance to qualify for next season’s Uefa Champions League. A loss to perennial irritants, Tottenham and another 2-0 loss to Newcastle meant that they might miss out in making it to Europe’s top club competition as it stands.

Arteta will try to motivate his Arsenal side against an Everton side he served during his early England career. Expect this to be a high-scoring match by the way. If you are to stake on goals, then this is the match that will not disappoint you.

Defending champions Manchester City will host Steven Gerrard’s Aston Villa on Sunday and anything short of a win will almost hand over the title to Liverpool who will be expected to beat Wolverhampton Wanderers at Anfield.

City will probably hope for a win but with the game plan Gerrard has been executing, it will not be easy math for Pep Guardiola. Already missing key members in their defence, the Cityzens have always had their say in this fixture but this is going to be different, expect a draw in this one.

Finally, Jurgen Klopp has a squad that can push and fight for titles. Nine changes against Southampton no Virgil van Dijk, Sadio Mane, Fabinho, Thiago Alcantara and Naby Keita but the Reds still did it. Unlike 2018 or the seasons before, no one could trust a second-string Liverpool to even score a goal.

Right now they are winning comfortably. Against Wolves, Klopp’s charges will be expected to finish the league strongly and probably hope for Steven Gerrard to do the unthinkable by holding Man City at a ground they rarely win.

Minamino and Matip scored their goals at St Mary's after Nathan Redmond had given the Saints the lead.
Sports
8 months ago

The Saints welcome league title chasers Liverpool on Tuesday — a must-win match for the Reds if they are to maintain the pressure on Manchester City.
Sports
8 months ago

We are ready to ‘give our lives’ to retain title, says Guardiola

City then host Aston Villa and Liverpool host Wolverhampton Wanderers on the final day of the campaign.
Sports
8 months ago
Post a comment
by GREGORY MULEMI Journalist and Sports Writer
Football
20 May 2022 - 00:00
Read The E-Paper