Why Conte is the key to Spurs keeping Kane

A top-four finish is still not in their own hands, but by beating Arsenal and then Burnley they have put themselves in good stead.

• What happens to manager Antonio Conte will play a much bigger part in Kane’s decision to stay or go than which European competition Spurs are in next season.

• I would go as far as saying that losing Conte would be forcing Kane’s hand into making a decision he might not want to make. 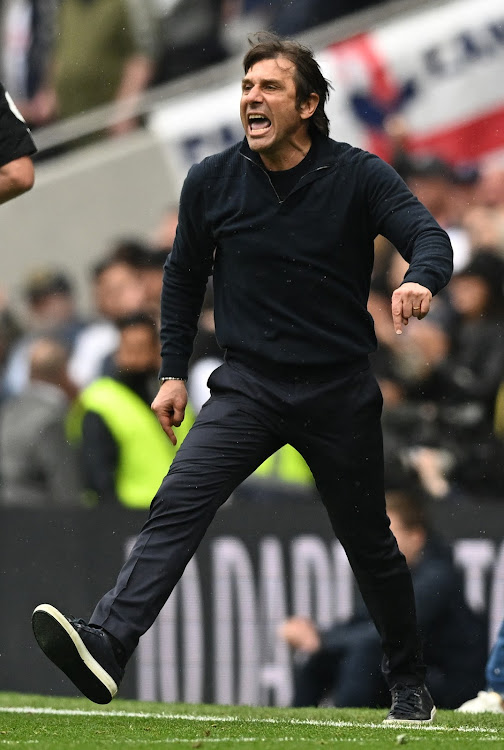 Two wins in the past five days have left Tottenham exactly where they wanted to be going into the final week of the Premier League season.

A top-four finish is still not in their own hands, but by beating Arsenal and then Burnley they have put themselves in the running.

If Spurs do make it, of course it would make a massive difference to what happens to them next.

Miss out, and their fans are probably worried they could lose Harry Kane in the summer, while if they finish fourth, then any speculation about him leaving probably goes away — because if they are in the Champions League, then Kane is back where he wants to be.

I don’t think his future just comes down to that, though.

What happens to manager Antonio Conte will play a much bigger part in Kane’s decision to stay or go than which European competition Spurs are in next season. 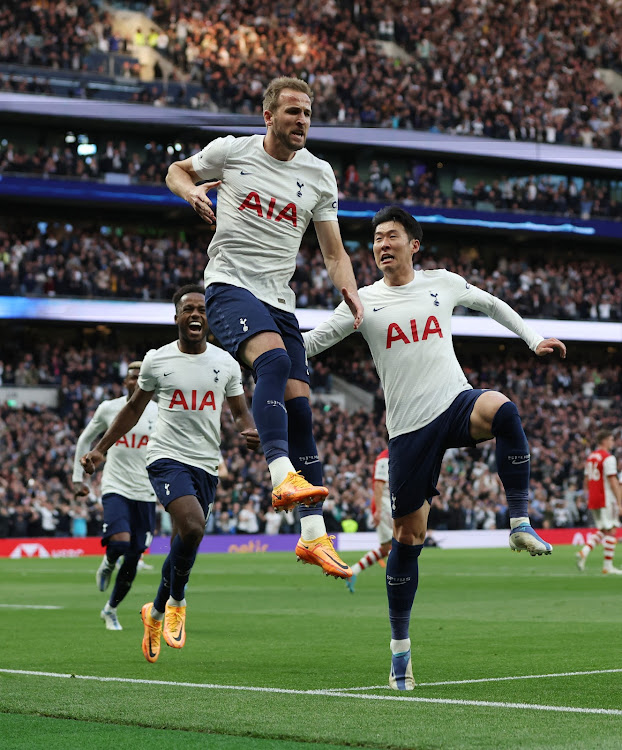 Spurs are heading in the right direction

From what I have seen since Conte took charge in November, if Tottenham don’t finish in the top four this season then they would make it next year anyway, if he stays on as manager and is backed properly.

Compare the direction Tottenham are heading in with Manchester United, who are the only team I see Kane going to now that Manchester City have agreed to sign Erling Haaland from Borussia Dortmund in the summer.

Right now, Kane will be thinking, well, we are better than United, so it makes no sense for me to go there when they are basically starting again under incoming manager Erik ten Hag and no-one knows how that will work out.

In contrast, with Conte in charge, Spurs look like a club who have a plan and are already working on it.

If the Italian leaves, however, that plan goes with him — and Kane could go too.

I would go as far as saying that losing Conte would be forcing Kane’s hand into making a decision he might not want to make.

By that, I mean going to a club that Spurs really don’t want him to go to — or that he probably wouldn’t want to join - just for the opportunity of winning a trophy. Somewhere like Chelsea, for example.

You could understand Kane wanting to leave anyway if the club were not bringing in better players and kept changing managers every two minutes.

If Conte leaves, though, it’s even worse than that. You are losing one of the world’s best managers, who could do something special at Spurs, and Kane knows that because he has worked with him for the past six months. 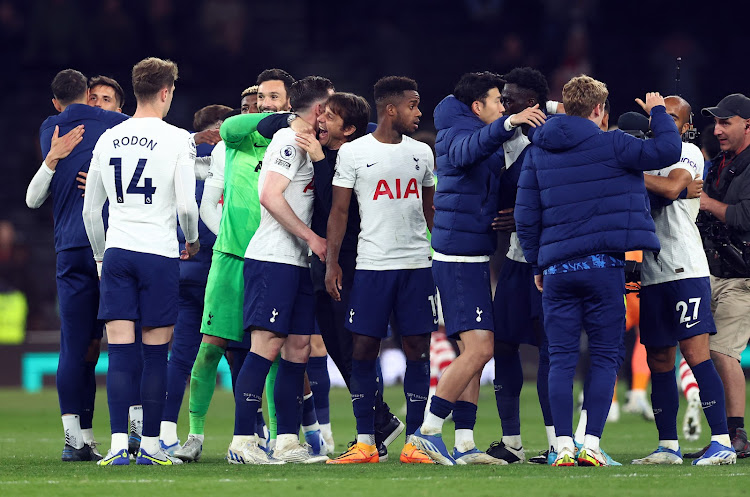 Tottenham Hotspur manager Antonio Conte celebrates with Pierre-Emile Hojbjerg and the rest of his players after their win against Arsenal
Image: REUTERS

Qualifying for the Champions League accelerates everything for Spurs for obvious reasons — the players they can attract and the financial boost it gives the club.

But things won’t unravel if they finish fifth. That only happens if Conte leaves, in my opinion.

If Spurs chairman Daniel Levy is wondering whether to back Conte or not, then he only has to look at the state the club was in when he replaced Nuno Espirito Santo 10 games into the season.

The team was falling apart and doing nothing. There was no style of play and a really negative feel about the place.

Since Conte has arrived he has changed everything. In January he signed Dejan Kulusevski and Rodrigo Bentancur who have completely transformed the team, and he is also getting the best out of players who were already at the club.

For example, Ben Davies just looks completely different under Conte and so does Ryan Sessegnon — by the time Conte is finished with him, you are probably looking at a £40m or £50m player.

In terms of his tactics, he brings attacking football as well as being strong defensively, plus you can see there is a team spirit there as well as a way of playing.

Hopefully Levy and everyone involved at the top end of the club can see all of this, so they realise exactly what Conte is bringing to the table, and they back him because of it. They need to keep him—and keep him happy — for as long as they possibly can. 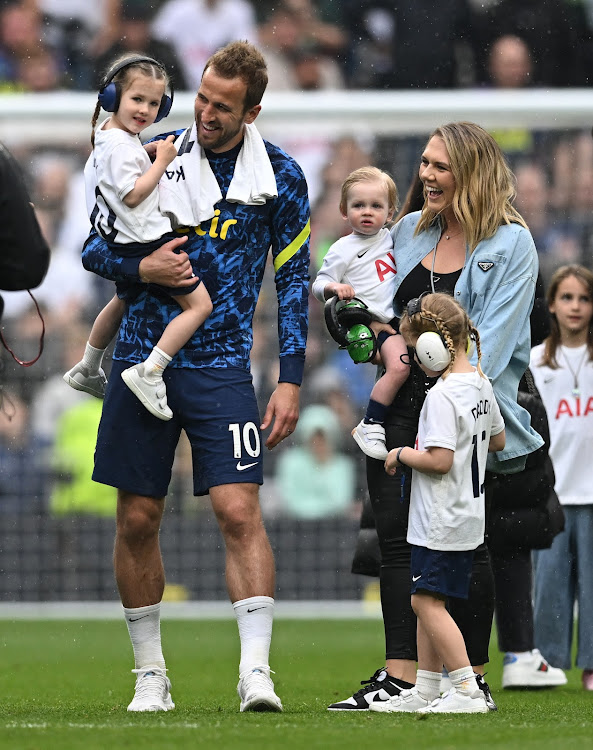 Tottenham Hotspur's Harry Kane with his family on the pitch after their match against Burnley on Sunday
Image: REUTERS

Conte is happy because he can see his vision

Conte does seem happier now — his interviews are certainly less volatile than they were in his first few months at the club.

He can see his team now, I think. Before, for a good number of months he was working with these players and he couldn’t see his vision imprinting on them, which was frustrating for him.

Whereas now, and for the past month or so, he has seen the character he was asking for and the development. They are finally doing the things he wants them to do.

Essentially he is seeing an Antonio Conte side out there on the pitch — and he can see the potential.

It might mean he has gone from being in a bad mood and thinking he needs six or seven players to have some success with Spurs to thinking, you know what, I only need two or three now. Whether he gets that or not is down to Levy.

I don’t think the Spurs chairman has ever been under so much pressure from people screaming from the rooftops to give a manager what he wants. The question is, will he listen?

Riyad Mahrez failed to a convert a late penalty that would have won the game for Pep Guardiola's side, who were 2-0 down at halftime at the London ...
Sports
1 month ago

Harry Kane scored twice for the hosts before halftime while Son Heung-min took his league tally to 21 for the season with his side's third just after ...
Sports
1 month ago

Some of Spurs’ fans were heard singing ‘sign on’, a chant about unemployment levels.
Sports
1 month ago
by Jermaine Jenas
Football
17 May 2022 - 00:00