Omollo bullish ahead of Posta clash amid growing disquiet at Gor

The record Kenyan champions are grappling with dire financial constraints that threaten to compromise their chances at a possible 20th title.

• The fixture was rescheduled following Gor Mahia's continental assignments earlier in the season.

•The departure of Wendo, whose contract ran out, has sent coach Mark Harrison scratching his head for viable solutions. 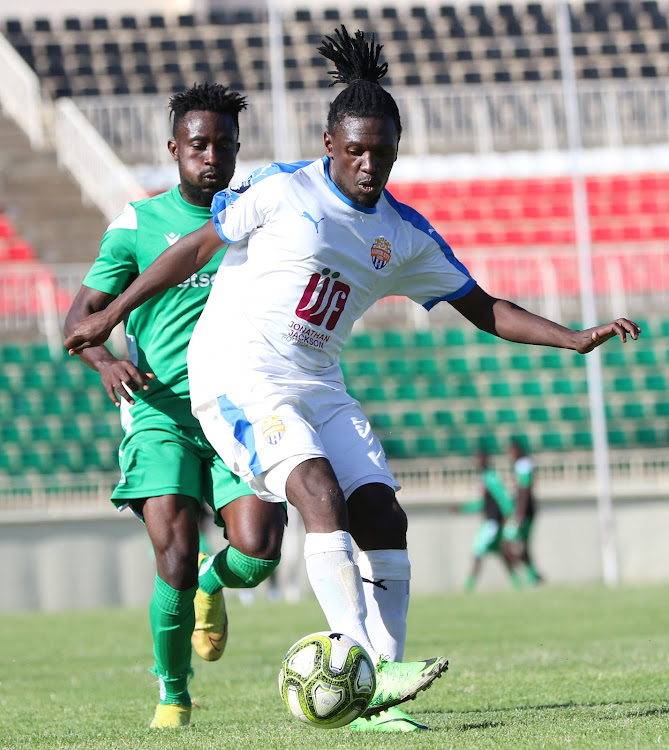 The record Kenyan champions are grappling with dire financial constraints that threaten to compromise their chances at a possible 20th title.

Omollo said the unexplained disappearance of two of their luminaries a fortnight ago has further complicated the already delicate situation.

Striker Benson Omalla and defensive midfielder Ernest Wendo have both absconded duty and Omollo concedes sustained efforts to trace them have been an exercise in futility.

“Our striker Benson Omalla and midfielder Ernest Wendo have both gone missing and we don't know where exactly they are. This is mainly due to the financial challenges the club is experiencing. With enough money in our account, we could have easily kept these players in the team,” said Pamzo

“We lack the financial muscle to compete effectively with well-oiled clubs in the transfer market. For instance, you must have noticed that our former midfielder Clifton Miheso has been scoring in almost every match for Kenya Police, and is currently among the Golden Boot contenders."

K'Ogalo will look to bolster their chances for silverware when they flex muscles with Posta Rangers at Thika Stadium on Wednesday in a tricky midweek Premier League fixture.

The fixture was rescheduled following Gor Mahia's continental assignments earlier in the season.

The gaffer insists that their incessant bluntness in front of the goal should not be a cause for alarm.

“Honestly speaking, the race for the title is heating up and that's why there are so many draws in the competition. So, Gor are not entirely alone in this,” said Omollo.

“Our players, however, deserve a pat on the back for nudging aside the known challenges currently bedeviling the club to remain in contention for the title."

The lack of funds has made it difficult for K'Ogalo to hold on to their luminaries, who are increasingly eyeing lush pastures, further complicating their chances.

The departure of Wendo, whose contract ran out, has sent coach Mark Harrison scratching his head for viable solutions.

The Brit was forced to field seasoned fullback Philemon Otieno in the position as a stop-gap measure in their match against Bidco.

The zest Gor Mahia exhibited at the start of the season has gradually fizzled out as they increasingly find themselves struggling to maintain their status in the top five.

They briefly ascended to third following an emphatic 2-0 win over debutants Talanta at Moi Stadium, Kasarani on January 16 but their back-to-back one-all draws against Bidco United have seen them climb to fifth.

Gor have 27 points from seven wins, six draws and two defeats. On the other hand, the mailmen are eighth on the log with 22 points.