Why Gerrard is heading back to Anfield on a high

I said when he got the job that I thought he was ready and would be a success, because of the job he did at Rangers.

• Tactically he is very strong too, as he keeps on showing us. It’s one thing to have a plan, it’s another to get your players to execute it.

• It was the previous manager Dean Smith who brought Jacob Ramsey through, but it would have been easy for Gerrard to go with more established names in his early games in charge. 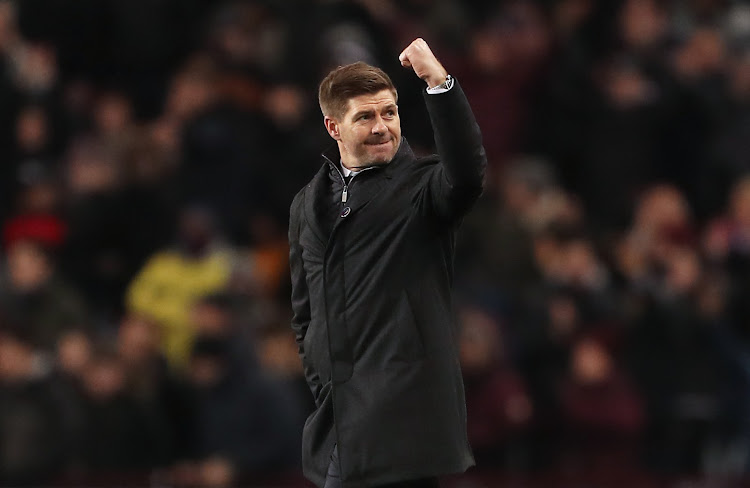 For Liverpool and England, Steven Gerrard was always a player who could change games. Now he is doing the same as Aston Villa’s manager.

Sunday’s win over Leicester was Gerrard’s third in his first four matches at Villa, following a narrow defeat by defending champions Manchester City on Wednesday. He’s made an amazing start to life as a Premier League boss, but I am not surprised at all.

I said when he got the job that I thought he was ready and would be a success, because of the job he did at Rangers. He put his own stamp on the club when he was at Ibrox, and he is already doing the same at Villa.

I know why Gerrard’s made an instant impact and it’s partly because of the effect he has on people around him. I’d imagine it will be the same playing under him as it was for me playing with him for England, because he brings passion and demands that respect.

Gerrard is a legend who is not long retired which will have helped, because he is part of the same era as most of his squad and what he achieved as a player is still so relevant. They want to play for him. Who wouldn’t?

I thought he would make an impression on the Villa squad because of the inspirational character he is, and their players have already responded because the whole team is running for him, but there is much more to him than that.

Tactically he is very strong too, as he keeps on showing us. It’s one thing to have a plan, it’s another to get your players to execute it.

Against Leicester, he saw what was going wrong in the first half when his side went behind and was able to tell his players exactly what they needed to do to put things right.

By the sounds of it he handed out some rollickings at half-time, but he got his message across. At the start of the second half, Villa were brilliant — they won absolutely everything, and then used the ball really well.

Gerrard’s team play with such energy, and that rubs off on the fans at Villa Park as well. They love a tackle and they love seeing a bit of tidy play too. At the moment they are seeing plenty of both, but Villa are playing with their brains too. When they went ahead against Leicester, their full-backs stopped bombing forward - and it is that kind of game-management that got them another three points.

Gerrard has got time to grow

The likes of Marvelous Nakamba, John McGinn and Ollie Watkins are playing so well, they are almost undroppable. It’s great to see, but I really like the balance Gerrard has found with the whole Villa team.

He has talked about wanting to make them more solid, which is understandable because they had lost five games in a row before he arrived, but he still wants them to carry a threat because they have got so many good attacking players. Another plus is the way he has stuck with Villa’s youngsters.

It was the previous manager Dean Smith who brought Jacob Ramsey through, but it would have been easy for Gerrard to go with more established names in his early games in charge. Instead, he’s mixed the experience of people like Ashley Young with the likes of Ramsey and Carney Chukwuemeka, who came on against Leicester with 12 minutes to go, and it is working really well.

I felt Smith should have been given more time to turn things around when he was sacked at the start of November, but sometimes a team just needs to hit the reset button and Gerrard was a brilliant appointment who has done exactly that. The Villa job was a good one for him too, because they have got so much quality in their squad.

Gerrard is at a big club that is extremely ambitious, but he will get more time to implement his ideas than he would at a big-six side who expect trophies straightaway.

It means he has got time to grow and I am looking forward to watching his progress, not that things will get any easier for him from here. He will have money to spend in January or next summer, I am sure, but once he signs players he will be judged in a different way depending on how well they do.

Gerrard will need to get that part right in order to keep moving in the right direction and keep the Villa fans happy but that is just the next challenge for him, and boy does he love a challenge.

Next up? A return to Anfield

Villa head to Anfield next and, after beating the Foxes, Gerrard said he was going there to try to win. That’s typical really — I wouldn’t expect him to say anything less. Of course Liverpool have got a much better team but he will relish the chance to take them on.

He has already got the better of one of his former managers — Leicester’s Brendan Rodgers — and he will love the chance to measure himself against Jurgen Klopp.