The result has upset the players because since then, the two have been attending training sessions and have also taken up seats on the bench at matches.

• Van De Beek, now at Manchester United and Werner, at Chelsea, are both regretting leaving their former clubs Ajax and RB Leipzig respectively.

• Claudio’s opening match is against second in the table Liverpool, which is hardly where you would hope to start your career at a new club. 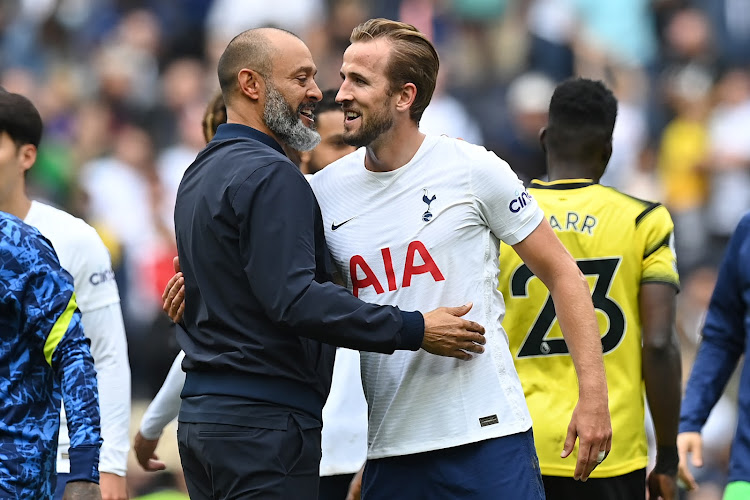 Tottenham manager Nuno Espirito Santo is spending a lot of time looking over his shoulder.

With his team failing in the league, chairman Daniel Levy has been having talks with Fabio Paratici, the Managing Director of Football and Technical Performance Director Steve Hitchen.

The result has upset the players because since then, the two have been attending training sessions and have also taken up seats on the bench at matches.

What has been seen as an act to undermine Nuno even further is their attempt to attend team meetings where tactics and upcoming matches are discussed between manager and players.

Their increased presence around the first team is causing a lot of comment and annoyance.

Van De Beek and Werner look for a way out

Van De Beek, now at Manchester United and Werner, at Chelsea, are both regretting leaving their former clubs Ajax and RB Leipzig respectively.

Van De Beek has been included for only three of United’s nine matches this season, one of which was a five-minute cameo role.

Having signed last summer for £35million, Solskjaer has sidelined the midfielder despite assuring his agent he would play more often.

Pogba, Fred and McTominay have been preferred to Donny. After Fred was called from the bench to play against Villarreal, Donny threw a tantrum, ripping off his bib and throwing it in the direction of Fred and he appeared to remove his chewing gum and throw it at the bench.

In the summer, a last-minute loan to Everton further frustrated him when it fell apart. Donny and his agent have decided to find an alternative club next season if things do not improve for him.

Werner is in much the same situation and has also discussed finding another club next summer if he cannot claim a regular place in Thomas Tuchel’s team.

The German striker has made only three starts this season and was ignored in the Blue’s Champions League match against Juventus last week.

Timo struggled in his first season after a £50million fee was paid to RB Leipzig but incoming Romelu Lukaku has limited his game time and he is not on Tuchel’s A-List for starting matches despite his inclusion in last weekend’s win against Southampton, in which he scored.

Word is that he will return to Germany later in the season if he is still unhappy.

Ranieri jumps into the Watford furnace

Managing Watford during the ownership of the Pozzi family is not the best way to guarantee a comfortable night’s sleep. I wonder if newly sacked Xisco Munoz woke up last week, digested his breakfast cornflakes and realised that he would be collecting his last paycheck at Vicarage Road.

Fast forward to this week and Claudio Ranieri, forever a hero at Leicester for winning the league title in 2016, is the latest victim (apologies I meant manager) at Vicarage Road.

He is on a two-year contract which will be meaningless if he doesn’t produce instant results. Oh by the way, Claudio’s opening match is against second in the table Liverpool, which is hardly where you would hope to start your career at a new club.

Ranieri, in my opinion should have remained unemployed because at almost 70 years of age, he deserves better than the poisonous Watford managerial merry-go-round. I wish him luck and let’s hope he survives until Christmas, at least.

I checked up with Arsenal on Wednesday regarding the condition of Granit Xhaka. It was as I feared and his injury is even worse than it first appeared. He has badly damaged his medial knee ligament and this usually takes six weeks to heal. I am told by the medical staff that Xhaka has to regularly apply ice to reduce swelling, take non-steroid drugs to limit pain and swelling and he will wear an elastic band and use crutches to keep weight off the knee. Rest is essential so it is unlikely he will be at the Emirates to cheer on the Gunners.

Kalvin Phillips’ star is certainly high in the sky with both Leeds and England, making him one of the first names on the team sheet.

Manchester United want to spoil Leed’s party and they are planning to move for the midfielder next summer with a £60million offer. Originally, United were after Declan Rice but West Ham have priced him out of the market at over £100million.

As a matter of urgency to derail United’s attempt, talks are planned between Leeds’ Director of Football Victor Orta and Phillips’ agents. Manager Marcelo Bielsa has held talks with the Leeds’ board and stressed they should keep Phillips by making him the highest paid player at the club.

Phillips, like Harry Kane at Tottenham, wants to win medals and trophies but he is also worried that Bielsa might leave at the end of this season. Phillips is under contract until 2024 and has not talked about a move from his boyhood club.

However Liverpool, Real Madrid and Manchester City have all made enquiries about him during the last 12 months. Leeds owner Andrea Radrizzani is supporting the talks aimed at keeping Phillips at Leeds.

Liverpool crazy not to tie Salah to new contract

Anyone who saw Mo Salah’s magnificent goal last weekend plus yet another assist must be thinking that he is currently the best striker on the planet.

Since signing for Liverpool in 2017 he has scored an impressive 101 league goals and that is in the most competitive league anywhere in football. He is the league’s top scorer during that period and ranks second for assists.

Why then, you might ask, is the Liverpool hierarchy deliberately stalling on sealing a new contract for Mo when his current deal runs out in only 20 months. His agent, Ramy Abbas is acutely aware of Mo’s value but Liverpool seem reluctant to recognise it.

That is not to say Jurgen Klopp, who knows what a gem he possesses, is behind the lack of action, it is the money men at Liverpool who are stalling. Kevin De Bruyne is the league’s highest paid player on £385,000 a week and personally I cannot see how Mo Salah can be worth anything less.

Many of Europe’s biggest clubs are watching the situation very closely and any more stalling by Liverpool could trigger an offer for this superb player.

Kane is a lonely figure who is struggling

There is genuine concern at Tottenham regarding the form of Harry Kane, who hasn’t scored in six Premier League matches this season. Whereas Kane has convinced everyone that his form would not be affected after his aborted move away from White Hart Lane in the summer, it is clear to most people within the club that he is not the player of last season.

For the first 25 minutes against Aston Villa, for instance, Kane had very few touches of the ball which is exactly what happened in the loss to Arsenal.

Spurs defenders were even bypassing him with long balls out to Son Heung-Min and Kane spent long periods wandering around aimlessly, deep in midfield. Many of my inside contacts have expressed the opinion that unless Kane takes up more dangerous positions in the penalty box, he will not match his goal-scoring figures of the last few seasons. And without that firepower, Tottenham will not progress beyond mid-table.

As we approach the third year of Ole Gunner Solskjaer’s tenure at United, his position is again creating headlines. The 48 year-old Norwegian is safe for the moment despite many supporters calling for him to be sacked.

However, after the international break, United have six games which could decide not only United’s season but also the manager’s fate. They are away to Leicester and I have been told that Marcus Rashford will be available after his recovery from shoulder surgery.

United then face Liverpool at home, Tottenham away and then the home derby game against Man City. During that time, United have two Champions League games and their match against Italian side Atalanta will possibly decide if the Reds make it through to the knockout stage.

Failure will spell huge problems for Solskjaer and cost United valuable revenue. In his defence, he said: “We need to improve, we know that. But I believe in this group of players and coaching staff.”

I wonder if Zinedine Zidane also believes in this group of players because they might soon become his problem.

Shane Duffy restores his career in style at Brighton

Brighton’s Ben White was a star for the southern side and giant centre half Shane Duffy was demoted to second place. Duffy had problems in his personal life and a family bereavement had a big impact on his playing commitment.

Duffy was sent out on loan to Celtic which proved to be less than successful and he returned early last January. Brighton then sold White to Arsenal and Duffy was brought in from the cold to start with the first team and his performances have been excellent.

In Brighton’s game against Arsenal, he kept both Bukayo Saka and Emile Smith Rowe quiet and that in itself shows how the giant Duffy has grabbed his opportunity.

His co-defender, Lewis Dunk praised Duffy saying: “Duffy a stereotype, big centre half who heads the ball away and defends out of the box really well. Against Arsenal, he had to defend against a technician in Smith Rowe and he did it with real courage and quality.”

Duffy is very grateful to his manager Graham Potter for caring about his welfare during difficult times.