• “The players got right. If we keep pushing we shall always get goals. It's okay we won but still, there are a few things we must work on before our next matches,” said Okumbi. 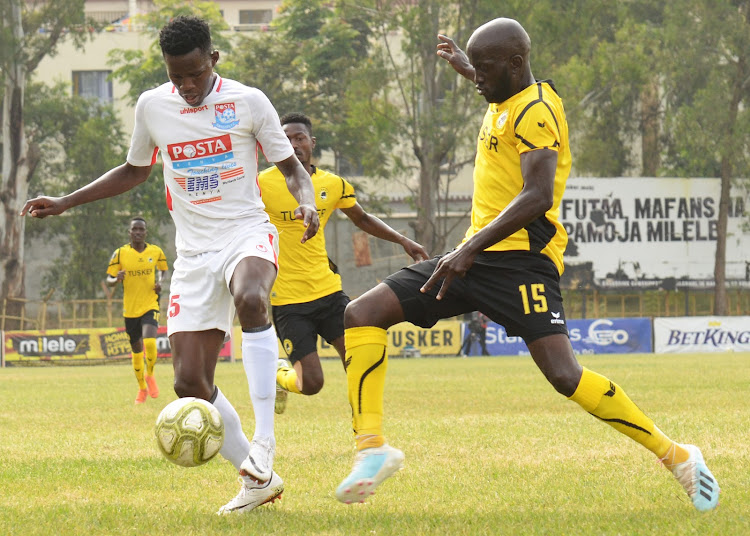 Tusker head coach Robert Matano has urged his charges to claim each and every single point from their opponents in their remaining top-flight fixtures to keep their Kenyan Premier League title dreams alive.

The brewers' title charge suffered a major setback on Tuesday after they crushed 1-0 to Posta Rangers in their own backyard at Ruaraka grounds.

“We got to work hard again. We gave away an easy goal and ended up losing the match. We must now win all our remaining matches. We don't have a choice,” said Matano.

Rangers' tactician Stanley Okumbi was full of good words for his charges, whom he said adhered faithfully to the script.

“The players got right. If we keep pushing we shall always get goals. It's okay we won but still, there are a few things we must work on before our next matches,” said Okumbi.

The mailmen have enjoyed a brilliant run since Okumbi’s appointment but hitting the heights with a win over the current leaders tends to be another matter.

They now have a foot in the middle of the table, and some valuable margin for error in their remaining assignments to claim a respectable finish this season.

The brewers had been quietly fancied to thrive before the match and looked the likely winners before they met their uneventful end. And, indeed, they had a blistering start as they rampaged out the blocks. Henry Mejja’s early snapshot triggered a roar from the home crowd.

But as the game looked destined for a stalemate, the hammer blow arrived in the 80th minute. Bara Lopaga overlapped down the right flank with space and time on his side before unleashing a thunderous low drive that struck the bottom of the net.

The brewers roared back with courage and belief, but gradually, as the game wore on they cowered back, as confidence in mailmen’s camp grew bolder.

The outcome leaves the brewers still holding a firm lead at the summit with 38 points as Posta ascended to 13th with 21.