Chelsea high on confidence after dramatic win over City: Tuchel

Meanwhile, Manchester City striker Sergio Aguero apologised for his failed attempt at a chipped penalty during the defeat to the Blues, saying it was a "bad decision".

•City would have been crowned league champions with a win but Chelsea scored twice after the break. 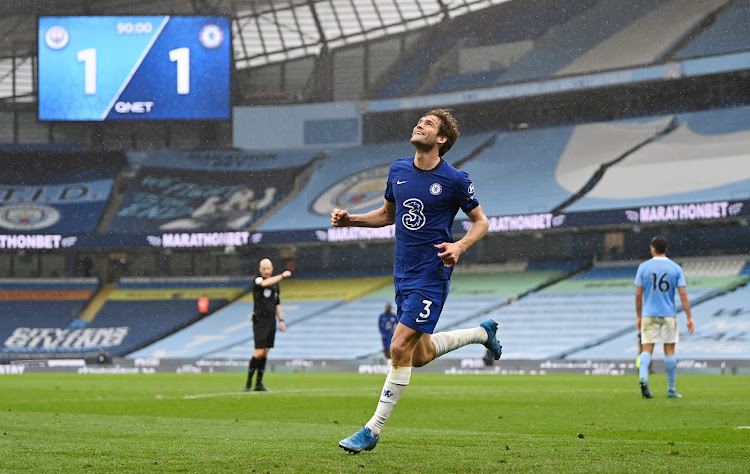 Raheem Sterling put City ahead in the 44th minute but Chelsea's Hakim Ziyech equalised in the 63rd minute before Marcos Alonso completed their comeback with an injury-time winner.

It was Chelsea's second victory over City in three weeks following last month's FA Cup semi-final win. The London club are unbeaten in their last seven games in all competitions.

"It's best to have consecutive good performances that lead to results," said Tuchel whose side are third in the league on 64 points after 35 games, three points behind second-placed Manchester United who have two games in hand.

"The group and the players do everything to force the luck on our side, and we caught the momentum to have another big win.

"It increases our self-confidence in a natural and healthy way because everybody knows we have to restart on Wednesday (against Arsenal in the league)."

Tuchel will face Pep Guardiola's side again later this month when they play the Champions League final on May 29.

"The final is a very unique game and you cannot predict what will happen," Tuchel added.

Meanwhile, Manchester City striker Sergio Aguero apologised for his failed attempt at a chipped penalty during the defeat to the Blues, saying it was a "bad decision".

City were 1-0 up when they were handed a chance to extend their lead at the break after a penalty was awarded following Billy Gilmour's challenge on Gabriel Jesus in the box.

Aguero attempted a "Panenka" penalty designed to fool the goalkeeper with a chip straight down the middle, but Chelsea keeper Edouard Mendy did not commit to his dive and was able to simply stand up and catch the gentle shot.

City would have been crowned league champions with a win but Chelsea scored twice after the break.

"I would like to apologise to my teammates, staff and supporters for missing the penalty. It was a bad decision and I take full responsibility," City's all-time top scorer tweeted.