Until his latest hospitalisation, Shedu has been nurturing upcoming talents via Star Soccer Academy in the sprawling California area.

•He spent three days on life support after his condition worsened

•Shedu has coached a number of top teams in the country, including Bandari FC, Kenya Commercial Bank (KCB) and Makolanders women's team 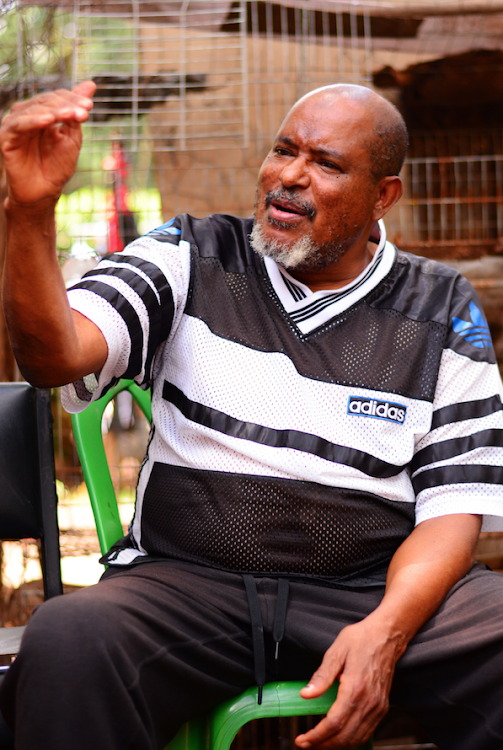 Former Harambee Stars head coach Rishadi Shedu is recovering at a Nairobi hospital after testing positive for Covid-19 a week ago.

What began as persistent headaches turned out to be the dreaded virus for which the veteran tactician was on life support for three days before his condition improved.

"A week ago, I went to a nearby hospital in California (Eastleigh) where they took my blood and stool samples. The results showed I had a blood infection and amoeba. I was given medicine but even after completing the dose, I still had persistent headaches and so decided to go to the Amref Medical Centre, where I tested positive for Covid-19,"  Shedu recounted.

His condition worsened as a result of the chilly weather and asthmatic condition, leaving him short of breath.

"I was then taken to Guru Nanak but since they didn't have a well-equipped isolation room, I was referred to Eastleigh Labib Hospital, where I was put on oxygen for three days," Shedu, who turned out for the defunct Kenyan Premier League side Kenya Textile Mills in his playing days, said.

It is not the first time Shedu is involved in a Covid-19 related ordeal.

In May last year, he was quarantined at St. George's Girls Secondary School after allegedly coming into contact with a patient who had tested positive for the virus.

The former Makolanders coach, however, tested negative although he said he was stigmatized by people around him for quite some time.

Prior to that, Shedu had been out of active coaching for close to two years on medical grounds after suffering a nasty ankle injury while tutoring Bandari FC in 2016.

Well-wishers, stakeholders, and Football Kenya Federation came together in 2018 to raise funds for Shedu to undergo an ankle operation in India

Until his latest hospitalization, Shedu has been nurturing upcoming talents via Star Soccer Academy in the sprawling California area.