Who will it be?

• Kimani has emerged as an astute coach since he took full charge of Ingwe after serving as an assistant to Rwandese Cassa Mbungo.

• More recently, Musa was the assistant coach to Stanley Okumbi when the current regime first came into power in 2015. He currently serves as a coaching instructor at the federation. 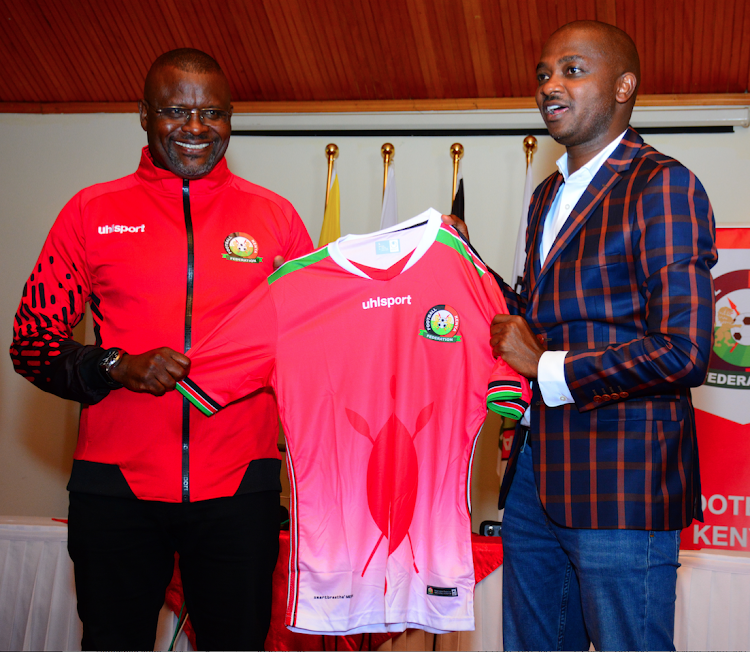 Following the appointment of Jacob ‘Ghost’ Mulee to take charge of Harambee Stars, the Kenyan football fraternity is waiting with baited breath to see who joins him in the dugout.

Mulee was unveiled on Wednesday for a return to the bench for the first time in close to a decade and Football Kenya Federation president Nick Mwendwa said the veteran broadcaster is free to pick his assistants.

The question is, who will it be?

Former coach James Nandwa is being touted as one of the most experienced coaches who can fit into the set up and has not hidden his desire to work alongside Mulee.

In an interview, Nandwa believes Mulee is up to the task despite being away from football for long.

“It’s not a big issue. If you have been a coach, it takes you only a few sessions to get abreast with the system and I believe this will be the case with Mulee,” said Nandwa.

Mulee himself likened his situation to driving, saying a driver can easily switch from manual to an automatic car as long as he has the basics at his fingertips.

“The most important thing is for us to get results. This is a result-oriented business and that is how we will be judged by everybody,” said Mulee.

He was at the helm when Kenya finished runners up in the 2012 Cecafa Senior Challenge Cup at the behest of the then head coach, the late Frenchman Henry Michel. Nandwa briefly took charge of the team following Michel’s departure but has been out of a job since he left Sony Sugar in 2018.

Also being considered is Musa Otieno, the long-serving former national team skipper, who wore the armband in Mulee’s most successful stint when Kenya qualified for the 2004 Afcon in Tunisia. More recently, Musa was the assistant coach to Stanley Okumbi when the current regime first came into power in 2015. He currently serves as a coaching instructor at the federation.

But it is the new crop of upcoming coaches that Mulee might turn to as he seeks to nurture the next generation of local coaches at the international level. The names of Anthony Kimani, the youthful AFC Leopards coach, former Bandari coach Bernard Mwalala and John Baraza of Sofapaka have been mentioned too.

Kimani has emerged as an astute coach since he took full charge of Ingwe after serving as an assistant to Rwandese Cassa Mbungo.

Kimani’s easy-going nature and man-management skills will put him in good stead for the job. Retired striker Baraza, who was a regular goal-scorer in Mulee’s squad that qualified and won the country’s first game in the Afcon in their win over Burkina Faso, is another upcoming tactician Mulee may take under his wings.

Mwalala, who is among Bandari’s most successful coaches after leading them to a FKF Cup win and a solid run in the Caf Confederations Cup, is also a former international that Mulee may turn to. He left the Dockers under unclear circumstances last year but he has exhibited technical nous that will be helpful in any role at the national team.

In the goalkeeping department, veteran shot-stopper Duncan Ochieng, who is in semi-retirement at Mulee’s only ever locally-coached side, Tusker, is in the running alongside old hands Haggai Azande and Sunil Mohammed.