When COVID-19 struck and the season was halted, United had gone 11 matches unbeaten in all competitions.

• I am hearing that the manager will probably keep that system which means Pogba will have to play a little deeper than usual but he has not yet decided who will start alongside the pair: Scott McTominay, Fred or Nemanja Matic.

• Harry Kane and Heung-Son Min have returned to training and are showing complete fitness following their recent injuries. 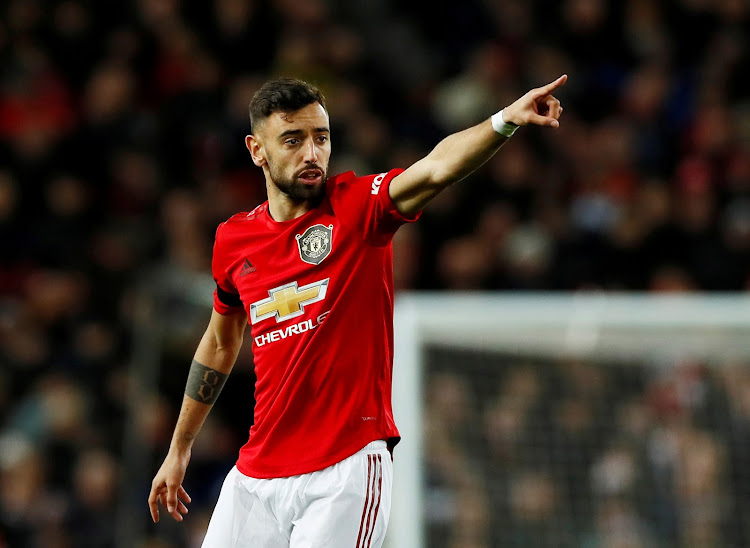 On the training field in the last few days, Ole Gunner Solskjaer looked a very happy, smiling coach. For the first time, he has been able to pair up

Paul Pogba and Bruno Fernandes and the two are blending excellently. When COVID-19 struck and the season was halted, United had gone 11 matches unbeaten in all competitions.

However, Pogba was injured and Solskjaer was constantly changing his starting line-ups. In three weeks, we will all see how the two can project United forward to complete the season.

The two players are vastly different off the field…Pogba enjoys the luxuries of earning a big salary and drives his Rolls Royce to training whereas Fernandes arrives in his little mini car.

The point is that they are both competitive and have a respect for each other. Solskjaer played a 4-2-3-1 system with Fernandes in the team when Pogba was injured.

I am hearing that the manager will probably keep that system which means Pogba will have to play a little deeper than usual but he has not yet decided who will start alongside the pair: Scott McTominay, Fred or Nemanja Matic. My own feeling is that Pogba will have to be less selfish than he normally is and give Fernandes more space to create and not keep the ball too much. He has achieved this before when at Juventus where he let Paulo Dybala run free and in the French national team where he had Kylian Mbappe and Antoine Griezmann working ahead of him.

Solskjaer’s main objective is securing a Champion’s League spot and with Pogba and Fernandes running the show, he has every chance of achieving that.

There is much concern in government and the police headquarters in Liverpool. The two fierce rivals of this great city are due to meet when Liverpool visit Everton on the weekend of June 20-21 and if Liverpool succeed, then they will lift the title.

Therein lies the problem. Both city officials and the police can see riots breaking out as social distancing and COVID-19 precautions are abandoned if Liverpool fans celebrate.

Even if the match is played behind closed doors fans will undoubtedly congregate outside the ground. Originally, the match was marked down as taking place in a neutral venue because of the danger of too many fans arriving.

However, subject to listening to medical guidelines, Everton have said they would like to stage the match at their ground. Whatever happens it will be behind closed doors. The club have been negotiating with police this week and now it is up to Liverpool City Council to decide where the game will be played.

Kane and Son raring to start

Harry Kane and Heung-Son Min have returned to training and are showing complete fitness following their recent injuries. The three-month break has given them time to achieve complete recovery and both are raring to take part in Tottenham’s huge game against Manchester United, their first match upon league restart.

Kane said this week: “We have got to finish in the top four. We have a massive game against United and realistically, we are going to have to win seven or eight games to get into the Champions League. That is our priority.” Jose Mourinho’s Spurs side are seven points behind fourth-placed Chelsea.

Chelsea’s midfield maestro N’Golo Kante has caused the Blues a problem with his fitness. Kante is 29-years-old and returned to training this week but was alone and continuing to separate himself from teammates. He originally pulled out of an early return due to concern about his family possibly being infected with the COVID-19 and he was worried that mixing with players and staff could further endanger him.

The problem for manager Frank Lampard, who has been most supportive of Kante, is that the Frenchman will be at least two weeks behind other team members in his preparations for a return to top flight football on June 19.

The medical and management staff are trying to work out a solution so that Kante will be fit.

Ighalo at United until 2021

Following on from my story last week regarding Odion Ighalo’s stay at Manchester United being ended by his parent Chinese club Shanghai Shenhua, he will be permitted to stay until January 31, 2021. The Chinese season is under threat from another COVID-19 delay and the two clubs had spoken about prolonging their arrangement. Vice-chairman Ed Woodward spent many hours on the phone talking with his Chinese counterparts in order to persuade them to let Ighalo stay.

He is still on loan and United will not be permitted to buy the player.

Ighalo has scored four times in eight games and boss Ole Gunner Solskjaer wants to hang on to him until the end of the season. The Nigerian star is delighted because Manchester United are his dream team having supported them since childhood. Ighalo pleaded with his Chinese paymasters to stay at United and the club also recognised that travel restrictions and quarantine rules meant that he would not be immediately available to play for them even if he returned.

Vertonghen on way out of Spurs

Word coming to me out of Tottenham is that Jan Vertonghen could have played his last game for the club. He is out of contract in just over three  weeks and Spurs tell me that they are not going to offer him a new deal for next season. His eight-year stay at the club could be increased on a temporary basis for July to enable Spurs to use him for the remaining matches this season. There is no doubt that Vertonghen was playing below his best towards the end of the delayed season but this was blamed on an ankle injury and I am told this is the reason the club decided not to keep him for 2020/21. Several European clubs have shown interest with Italian Serie A team Fiorentina heading the list.

There is likely to be tug-of-war over Manchester City’s Leroy Sane. Bayern Munich vice-chairman Uli Hoeness said this week that he wants to sign both Sane and Bayer Leverkusen’s midfielder Kai Havertz. City originally put a price tag of £135 on Sane but as he enters the final year of his contract and with the limitations of club spending due to coronavirus, Bayern think they can get that price down to around £35million.

Manchester City manager Pep Guardiola confirmed that he wants to keep Sane and the club are about to offer him a lucrative four-year contract which will make him one of the Premier League’s highest paid players.

Luiz will drop down in salary

Another story I covered last week was David Luiz possibly returning to finish his career at Portugal’s Benfica. I have learned from inside Arsenal that manager Mikel Arteta has spoken to the Gunners’ management and told them he wants to keep Luiz for another year. Currently, Luiz earns

£130k-a-week and because of Covid-19 and a drop in club revenue, Arsenal are likely to drop Luiz’s pay packet to under £100k-a-week. However, the 33 year-old would suffer a huge drop if he returns to Portugal because the Lisbon club have a salary cap of £32k.

Aston Villa manager Dean Smith has reassured his players that returning to training is quite safe under the strict guidelines at the club. Smith can talk with conviction and authority having lost his own father to COVID-19 last week. Dutch winger Anwar El Ghazi said this week: “The manager’s father dying had a big impact on the whole squad and we feel very sorry for him. It was a big shock for everyone. He really wanted us to feel okay and told us that we are being tested all the time and that the club keeps a good eye on us.”

“Every time I get a test, they take four swabs from the back of my tongue and also take a sample from my nose but despite making your eyes watery, it is all worth it.”

Chelsea manager Frank Lampard is showing increased interest in signing Brazilian playmaker Philippe Coutinho. German Bundesliga side Bayern Munich have an option to buy Coutinho but they have decided not to proceed. He left Barcelona on loan for the second half of this season and the Spanish club have put a price tag of £110million on his back. Barcelona said he is surplus to requirements following a series of below par performances since his move from Liverpool in 2018. When I pushed Barcelona this week to suggest a more realistic price, the figure of £80million was mentioned which is £25million less than they paid for Coutinho. Lampard wants a big name signing and thinks Coutinho would fit in well with his squad.