•This is after Fkf President Nick Mwendwa took to his official Twitter account yesterday to declare that Gor Mahia as the 2019-2020 KPL champions and Nairobi City Stars as the National Super League champions.

•This also meant that Bidco United joined City Stars in booking places in the elite league by virtue of finishing second in the NSL. 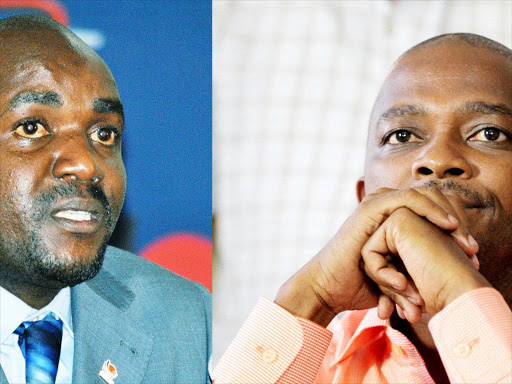 A new battlefront has been opened in the seemingly unending supremacy wars between Football Kenya Federation and the Kenyan Premier League.

This is after FKF President Nick Mwendwa took to his official Twitter account yesterday to declare that Gor Mahia as the 2019-2020 KPL champions and Nairobi City Stars as the National Super League champions.

“Congratulations Gor Mahia! You are champions once again and you will represent Kenya in the Champions League next season. Let's do this,” tweeted Mwendwa.

The federation boss seemingly invoked article 2.6.1.2 where the mid-season standings were used to determine the champions in either league and demoted teams.

This also meant that Bidco United joined City Stars in booking places in the elite league by virtue of finishing second in the NSL.

However,  it was not clear on the number of teams to be demoted from the 18-team league considering that Sony Sugar had been expunged earlier for failing to honour three matches.

At the mid-way mark (16 matches), Gor had gathered 38 points while Tusker were second with 34. Chemelil Sugar sat at the tail-end with four points, trailing Kisumu All-Stars who were above them by four points.

Mwendwa’s sentiments did not sit well with KPL, who in a rejoinder insisted that they had not been consulted before the decision was made yet they are mandated by law to run the top flight on behalf of the federation.

KPL’s chief executive officer Jack Oguda heavily criticised FKF for interfering with the running of the top flight. Reports suggest that the Betway Shield Cup may go as scheduled to determine which club will represent the country in the Caf Confederations Cup. Efforts to reach FKF’s secretary-general,  Barry Otieno for clarifications were futile.

“The lack of consistency in the federation’s stand on the fate the two competitions implies; a selective application of the rules; the selective interpretation of Caf’s letter and disregard of the hard work put in by KPL teams to reach where they are in the current 2019/20 league standings. This amounts to a breach of the KPL mandate in the running of the league through interfering with the management of its affairs,” said Oguda in a letter to the federation.

Separately in a telephone interview, Oguda added: “If Mwendwa has decided the fate of the league that is not our position. We were never consulted before that decision was reached,”

Meanwhile, with the decision already condemning Chemelil to the second tier, their chairman Moses Adagala criticised Mwendwa for failing to consult relevant stakeholders.

He accused him of running a one-man show despite Caf giving his office (all federations) May 5 as the deadline to submit the status of the local competitions on how they had been affected by the coronavirus.

“We will wait to hear from Fifa on the fate of our leagues. Mwendwa is playing politics as he did not consult before making such an announcement,” he said.

Gor chief executive officer, Lordvick Aduda called upon both parties to follow the law in solving the puzzle.

“Our club chairman is better placed to comment on the matter as he chairs the KPL’s Executive Committee. All we call for is fairness and the laws to be followed,” he said.