•A draw always seemed the logical result in the Group F game given their respective historical records at the finals.

•Piqueti and Pele were lively for Guinea Bissau, who have half their squad based in Portugal, 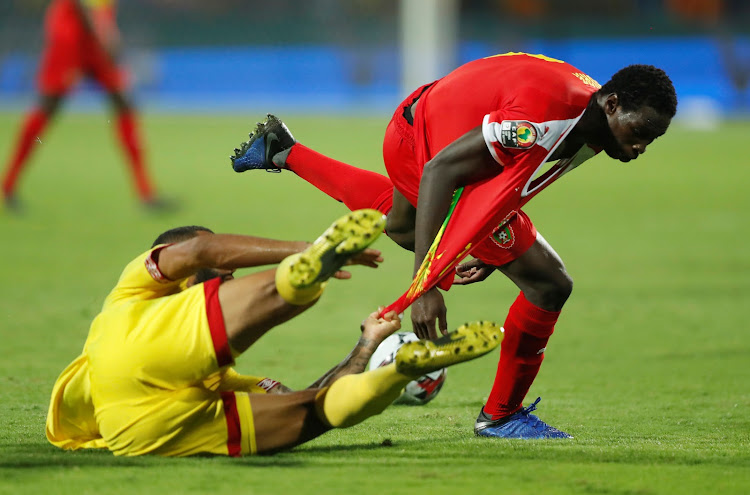 Benin and Guinea Bissau completed a hat-trick of goalless draws at the Africa Cup of Nations on Saturday with a stalemate that left both teams waiting for their first-ever win at the competition.

After Angola and Mauritania began the day with a 0-0 draw in Group E and Cameroon and Ghana also failed to produce a goal in Group F, Benin and Guinea Bissau rarely looked like breaking the sequence in a scrappy match short of clear chances. A draw always seemed the logical result in the Group F game given their respective historical records at the finals.

Benin, taking part for the fourth time, have drawn two and lost eight of their previous 10 matches in the competition while Guinea-Bissau, at their second finals, went into the match with a record of three defeats and a draw in four games.

Benin have two points from two games, level with Ghana, while Guinea-Bissau have one and face Ghana in their final game. Cameroon lead the group with four.

Steve Mounie went closest to breaking the deadlock when he sent a header over the bar in the 75th minute. Jordan Adeoti sent an early effort into the side-netting for Benin and also had the best chance of the first half when he burst down the left but was pushed wide and his shot was saved by Jonas Mendes.

Piqueti and Pele were lively for Guinea Bissau, who have half their squad based in Portugal, and Sori Mane had their best effort when he won the ball, galloped forward but saw his shot deflected over. “Our team did their job, we tried to cut their lines, we created some chances of our own and I think a draw was a fair result,” said Guinea-Bissau coach Baciro Cande.

“It is very difficult for us to qualify but in football everything is possible and our target is to get to the round of 16. “We know Ghana are very powerful, very strong but we will play our normal game, with no pressure.”

Benin hit back to draw with Ghana after bizarre red card