Blow to Hit Squad as trunks are rejected in Birmingham

Kuria said the Kenyan boxers were in a dire situation, pointing out that other than lacking appropriate trunks their shoes also didn't fit properly.

•Kuria said the federation had embarked on frantic efforts to save the situation and ensure the team is equipped in good time. 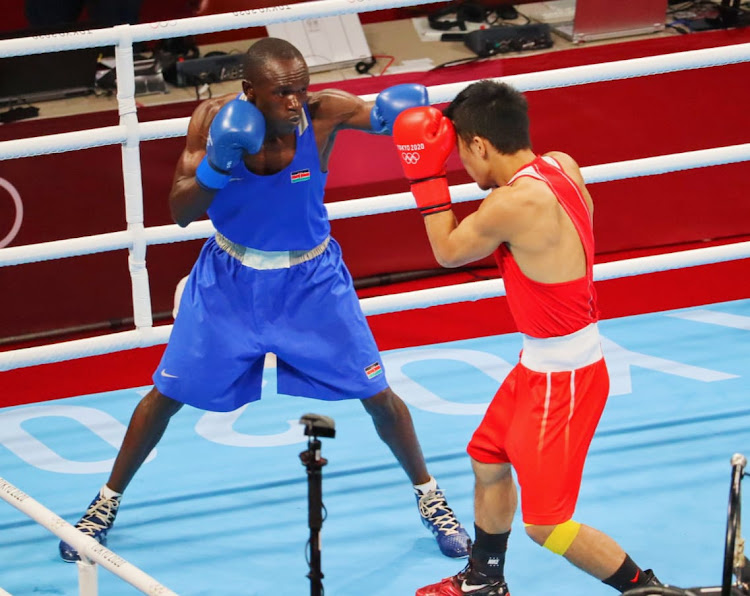 The national boxing team, Hit Squad, have been dealt a severe blow after the organizers of the Birmingham 2022 Commonwealth Games blatantly rejected their apparel on Wednesday.

In an exclusive interview, Boxing Federation of Kenya (BFK) Communications Director Dancun Kuria confirmed the incident, saying the trunks set aside for the Kenyan boxers were spurned for having a 'Nike' logo on the waistband.

“BFK officials have done sport entry check at the Birmingham Commonwealth Games and, unfortunately, the team does not have competition kit. The old kit they presented was rejected by IBA officials,” Kuria said.

“The issue is not even the logo but rather where it appears. According to the rules of the Commonwealth Games, no print should appear on the belt of the short,” Kuria added.

Kuria said the only recourse would be to look for alternative gear.

He shared a video that captured an official of the International Boxing Association (IBA) stationed at the Commonwealth games sports entry check for Team Kenya brushing one short aside and approving another.

“Remember if you will come at the equipment table before the bout with your shorts still having this sign I will take a pair of scissors and cut it off,” the IBA official was heard saying curtly.

“You can't conceal the print with masking tape because that's not allowed also. The only thing you can do is cut it off,” the official added.

Kuria said the federation had embarked on frantic efforts to save the situation and ensure the team is equipped in good time.

“Participation of the team is now at the mercy of IBA. The BFK President is trying to plead with IBA for Hit Squad to be allowed to participate.”

Kuria said the Kenyan boxers were in a dire situation, pointing out that other than lacking appropriate trunks their shoes also didn't fit properly.

“Some of the team members don't have training shoes since they were given shoes that are too small for their feet, mostly numbers three and six.”

“The team's old kit has been rejected and the new kit that the team was to use in the games I'm told was paid for yesterday and is to be transported from Pakistan to the UK.”

“Hopefully the kit will arrive on time before the start of the tournament on Friday.”

The annual global showpiece is scheduled to begin with a grand opening ceremony in Birmingham on July 28, 2022.

“We want to thank God for protecting us in our journey. We arrived safe and sound,” Musa said.

We are doing a bit of polishing ahead of the bouts. The morale is high at the camp, the boxers have prepared themselves adequately and are ready for the task ahead.

Musa said the team boasts experienced boxers who have accumulated sufficient expertise to charge for medals.