It was a thrilling, yet scrappy at times, contest as 38-year-old Chisora edged a points win on a split decision.

• The 7,000 fans in the arena made their voices heard throughout, and were overjoyed when the home fighter stood in the ring with his hand raised. Chisora, who had lost his three previous fights, has rarely had a dull fight.

• You’d be hard-pressed to name a better rivalry in British boxing than Nigel Benn-Chris Eubank. In two enduring classics, Eubank won the first and the second was a draw. 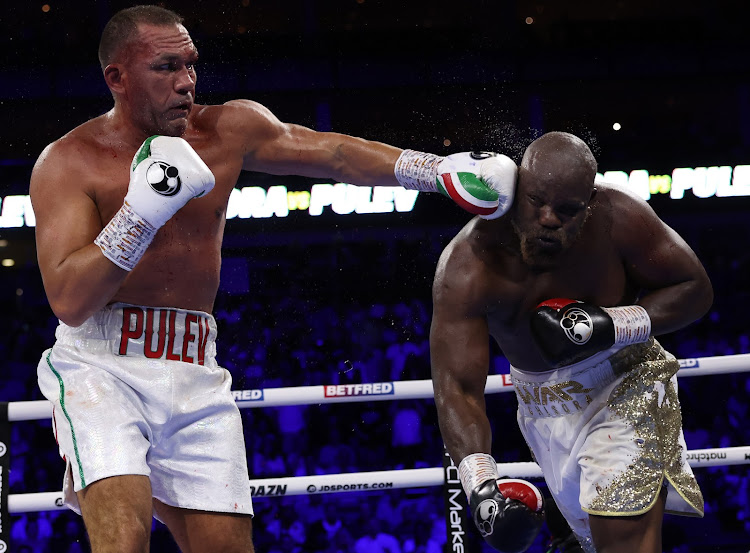 Derek ‘War’ Chisora lived up to his alias on Saturday night with a gruelling win over Bulgarian Kubrat Pulev at London’s O2 Arena.

It was a thrilling, yet scrappy at times, contest as 38-year-old Chisora edged a points win on a split decision.

Moments before the first bell, Chisora promised to come out fighting from the very start. He even had the support of some well-known boxing pals.

It was a fight which could have gone either way. Both men showed incredible heart and chin, trading leather for 36 minutes.

The 7,000 fans in the arena made their voices heard throughout, and were overjoyed when the home fighter stood in the ring with his hand raised. Chisora, who had lost his three previous fights, has rarely had a dull fight.

“The older he is getting the tougher and more durable he is getting. He can keep going. He is as tough as old boots,” Taylor said.

But former super-middleweight champion Carl Froch warned fans to “not get too carried away” by Chisora’s win over 41-year-old Pulev.

“It’s against an ageing Pulev, an old-man Pulev who doesn’t come into the ring with lots of ambition,” Froch said.

“But he does come in with a lot of ring craft and a lot of experience.”

So what’s next for Chisora? A trilogy fight with Dillian Whyte is being mooted, a chance to seek revenge after two losses to his fellow Briton, while Chisora himself has said he would welcome a mouth-watering clash with former world champion Deontay Wilder. 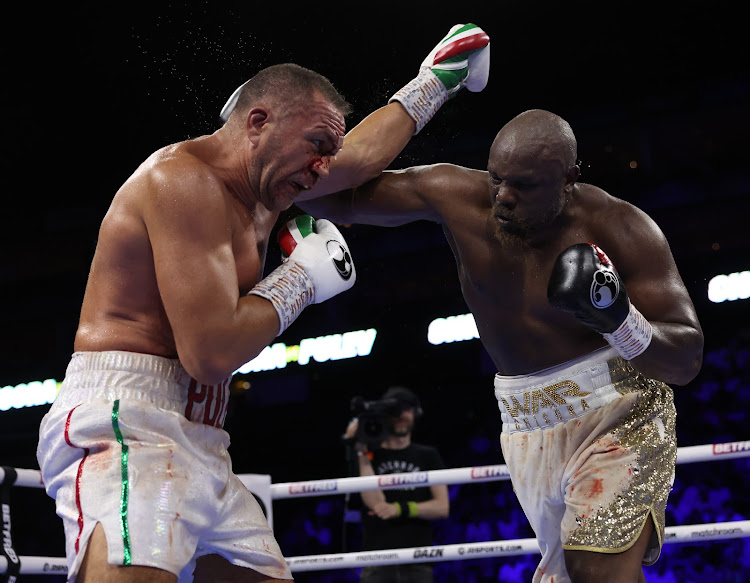 Bulgarian Kubrat Pulev in action with Derek Chisora during their fight at London’s O2 Arena on Saturday night
Image: HANDOUT

You’d be hard-pressed to name a better rivalry in British boxing than Nigel Benn-Chris Eubank. In two enduring classics, Eubank won the first and the second was a draw. But that only tells half the story — it was a grudge match between two characters who shared a mutual hatred that captivated the British public in the 1990s.

Now, 30 years on from their last bout, the rivalry could be reignited by their offspring.

Conor Benn is a welterweight with Chris Eubank Jr operating at middleweight, but despite the weight difference, rumours circulating midweek week suggest they could be set to fight in Autumn. The rumoured bout had many boxing fans excited.

Fans on Twitter get excited by the prospect of Conor Benn fighting Chris Eubank Jr. One fan says “I would be excited as hell”.

Predictions were flying all over Twitter after Matchroom Boxing promoter Eddie Hearn, who represents Benn, hinted he would be open to making Benn-Eubank Jr happen.

However, Hearn has since clarified he is “not in final negotiations for that fight” and he has a big American name lined up as Benn’s next opponent.

“[Benn-Eubank] is a fight that always gets brought up because, of course, it’s one of the biggest fights of all time,” Hearn told Pro Boxing Fans. “But right now, we’re focused on the welterweight division and that’ll be Keith Thurman.”

Liverpool’s Smith signed with Boxxer this month and told BBC Sport: “It’s the one I would like next but I’m not chasing. I’ve signed to fight on Sky Sports and Eubank Jr has a deal with Sky so it’s easy to make.”

So, while Eubank Jr-Benn is not likely to be a fight we see next, do not rule it out for the future. 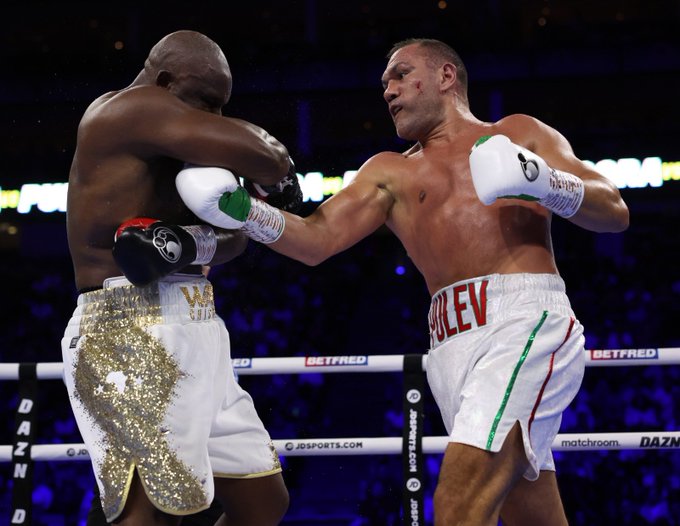 World-title shots next for Buatsi and Yarde?

In the light-heavyweight division, two British stars could be in line for world-title shots. Anthony Yarde is closing in on a deal to face undefeated WBC, IBF and WBO champion Artur Beterbiev, and there are even suggestions London’s O2 Arena has already been booked for later this year.

“The two promoters… they’re going to come to an agreement that Beterbiev comes to London to fight me,” Yarde told Talksport. “That’s next and it’s meant to be around October time, so I’m looking forward to that.”

“We’ve made an offer now to Buatsi to fight Bivol, which we want to make sure he’s happy with and hopefully we can make that fight,” Hearn told Pro Boxing Fans.

“It’s not done yet, it’s not signed but we’re seeing if we can make the numbers work.”

Russians Beterbiev and Bivol are both undefeated pound-for-pound stars while the Brits would go in as underdogs. Some fans would rather the two fight each other first instead.

Chisora: From fines to faith and fatherhood

Whether it is a 12-round title fight, press conference or one-on-one interview; you never quite know which Chisora will turn up.
Sports
4 months ago

Challenger Usyk 'jumping in at the deep end', says Joshua