Speaking from the Tanzania port city Friday afternoon, the indefatigable play maker said she is ready for the challenge.

•Speaking from the Tanzania port city on Friday afternoon, the indefatigable playmaker said she is ready for the challenge that awaits them.

• Akinyi said they will play their game and will not put themselves under any pressure during the tournament. 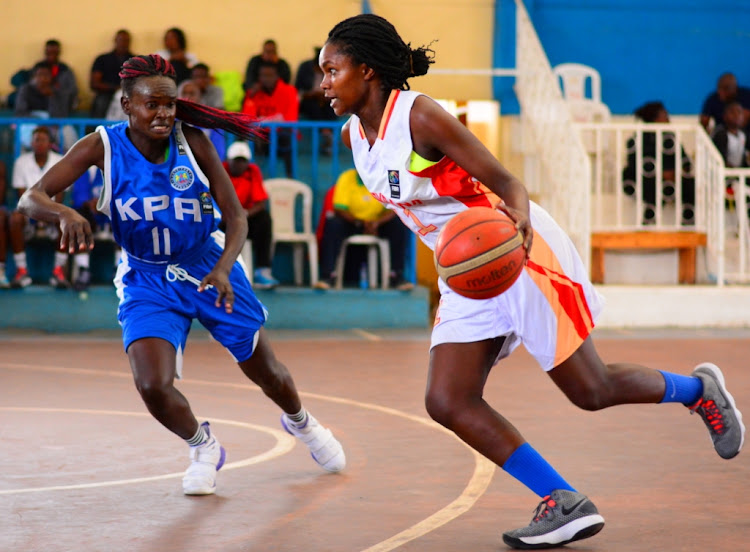 Speaking from the Tanzania port city on Friday afternoon, the indefatigable playmaker said she is ready for the challenge that awaits them.

She said the champions, who are still unbeaten in the league, are in good space and good to go in all departments.

Akinyi said they will play their game and will not put themselves under any pressure during the tournament.

"I am prepared both mentally and physically because I know it's going to be tough this year," she offered. This year we will have to give 110 percent to retain our position since every team is coming for a win," Akinyi said.

The Kenya Lioness point-guard said the ladies have prepared well and are ready for the show that starts Monday.

"We will play one game at a time while focusing on our target which is to win the championship," she said.

Akinyi, who is dubbed as the team's 'engine' by her coach Anthony Ojukwu, will be playing in her eighth tournament.

Akinyi was a member of the Eagle Wings side who became the only Kenyan team to make a podium finish at the continental club finals.

The team made history in 2013 in Meknes, Morocco where they brought home the bronze medal after beating the Nigerian side, Deep Water.

But for Natalie and KPA to reach another milestone, they will not only have to shake off Equity Bank but also the other seven teams.

Coach Abel Nson said his charges are peaking at the right time and are going for nothing short of maximum points.
Sports
1 week ago

Already nine teams including reigning champions KPA have confirmed entry in the six-day tournament that tips off on Monday at the Dar National ...
Sports
2 weeks ago
Post a comment
WATCH: The latest videos from the Star
by DANN O’WERRE
Basketball
24 September 2022 - 05:00
Read The E-Paper