Warriors aim to bounce back against Knicks

The Warriors chose to give Thompson a night off on Wednesday, and they paid a heavy price.

•The Knicks were without RJ Barrett, Obi Toppin and Quentin Grimes due to COVID protocols on that occasion, and they had yet to acquire Barrett's former Duke teammate Cam Reddish from the Atlanta Hawks.

•Barrett has been ruled out of the Golden State game, and Thibodeau's move quickly became talk-show fodder. Randle wanted no part of it after the loss. 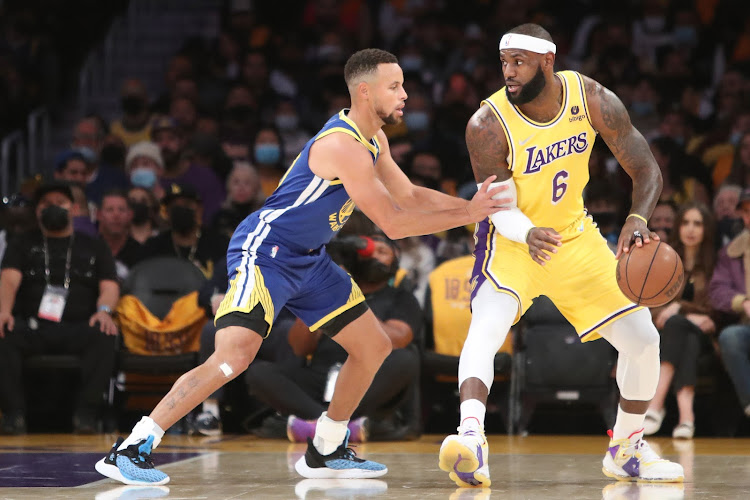 The Golden State Warriors look forward to getting Klay Thompson back in the lineup when they complete a back-to-back set with a matchup against the road-weary New York Knicks on Thursday night in San Francisco.

The Warriors chose to give Thompson a night off on Wednesday, and they paid a heavy price when a 111-85 blowout loss against the Utah Jazz in Salt Lake City cost them their nine-game winning streak.

Thompson, who made his return from Achilles and ACL surgeries on Jan. 9, has yet to play two games in two nights since his return. He had been given the second night off on the previous three occasions, but Golden State still managed to win all three of those contests.

The new-look getting the opener off didn't work out as well, with the Jazz gradually pulling away from a team that was also missing Draymond Green and Andre Iguodala. Jordan Poole's 18 points and Stephen Curry's 16 weren't nearly enough.

The one-sidedness of the outcome allowed Warriors coach Steve Kerr to pull his key players early. Poole went 32 minutes, Curry 30 and Andrew Wiggins, who was held to 13 points, just 28.

Thompson's minutes have been going in the other direction. The star guard began on a 20-minute restriction but has built up to a season-best 29 on Monday in a 110-98 road win over the Oklahoma City Thunder.

Thompson contributed 21 points to the victory and has now shot 48.2 per cent overall and 44.7 per cent on 3-point attempts while averaging 18.7 points over his past six games.

"A month in, we couldn't be happier with his development," Kerr said this week. "His improvement over that time conditioning, rhythm, comfort level, his patience I think he looks every bit as good as he ever has. Honestly.

"He still has a little more time to go before we can get him up to the 34-, 35-minute mark, but he looks fantastic and it's really exciting."

Thompson was still in rehab mode when the Warriors won 105-96 at New York on Dec. 14. Curry (22 points), Poole (19) and Wiggins (18) did a majority of the offensive damage. That was the night on which Curry broke the NBA's all-time record for 3-pointers.

The Knicks were without RJ Barrett, Obi Toppin and Quentin Grimes due to COVID protocols on that occasion, and they had yet to acquire Barrett's former Duke teammate Cam Reddish from the Atlanta Hawks.

Julius Randle has averaged 30 points in his past three games, but the Knicks have continued a downward spiral that began on the final day of November. They've gone 13-22 since an 11-9 start, a skid that has seen them lose their last four games, including the first three on their current five-game Western swing.

Things hit rock bottom Tuesday night in Denver when Knicks coach Tom Thibodeau re-inserted Barrett into a seemingly unwinnable game in the final four minutes. The Knicks went on to fall 132-115, and they lost Barrett when he sprained his left ankle with 18 seconds left.

Barrett has been ruled out of the Golden State game, and Thibodeau's move quickly became talk-show fodder. Randle wanted no part of it after the loss.

"The only thing that matters is what's in our locker room and what we think as players," Randle said. "I got Thibs' back 100 per cent. I trust him. And whatever he asks me to do, I'm going to do."

Randle scored a game-high 31 points in the earlier loss to the Warriors.

Post a comment
WATCH: The latest videos from the Star
by REUTERS
Basketball
10 February 2022 - 19:04
Read The E-Paper