"There are more chapters to write. My next chapter is Boston,” —Kipchoge 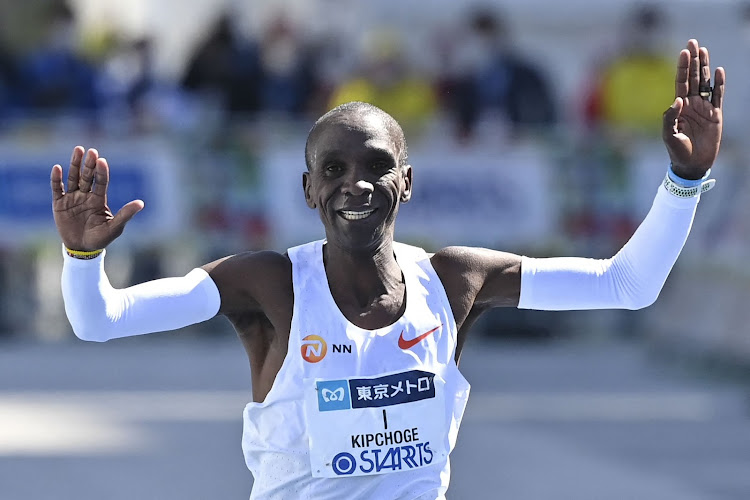 World record holder Eliud Kipchoge says he is not yet done writing history in his athletics career spanning over two decades.

Kipchoge has run in four of the five fastest marathons in history and is scheduled to participate in the Boston Marathon on April 17.

In a video posted on his Twitter account on Thursday, the marathoner acknowledged his achievements, as he went through his memoir.

“Many of you know that I am a man who loves to read books. But the book here in front of me is one of my favourites. It’s a history-filled book with memories of a lifetime. The chapters take me back to places all over the world,” he said.

Kipchoge recalled races like Chicago, London, Tokyo and Berlin, where he has run and won. “But this book is not yet finished. There are more chapters to write. My next chapter is Boston,” he added.

Last September, the greatest marathoner of all time broke his own record during the Berlin race, where he ran 2:01:09, shaving half a minute off his previous world-best set four years ago.

Commenting on his Boston debut, Kipchoge was upbeat and hopeful to pull yet another record.

“I am happy to announce I will compete in the Boston Marathon in April and this is a new chapter in my Abbott World Marathon Majors journey,” he said. “Good luck to all the runners running Boston in 2023.”

The 2021 defending champion Evans Chebet, Benson Kipruto and two-time victor Lelisa Desisa (2013 and 2015) will be part of a historically deep men’s open division.

Kipchoge among World Athlete of the Year finalists

Kenya was among the six finalists announced by the world athletics governing body on Saturday. Others are Brazil, Spain, Jamaica, Korea, and Guam.
Sports
2 months ago

The marathon legend has signed an agreement to become the official brand ambassador for HFM.
News
2 months ago
Post a comment
by SHARON MWENDE
Athletics
01 December 2022 - 21:09
Read The E-Paper