Obiri to skip next year's Budapest and Bathurst global events

• Obiri said she will need more time to prepare for the marathons and plans to feature in more road races—both 10km and half marathons.

• Commenting on the doping menace that hit the country lately, Obiri asked  Athletics Kenya to apply strict rules or penalties against those involved to reduce doping cases. 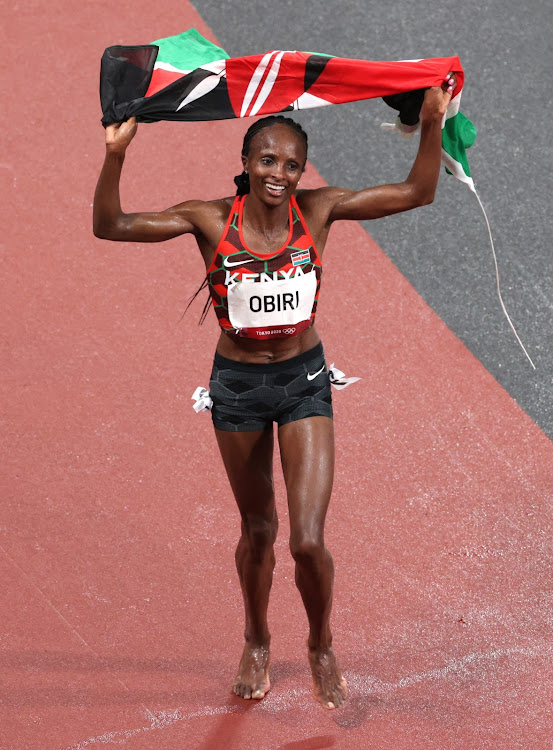 World 10,000m silver medallist Hellen Obiri wants to fully focus on the marathon and will not be available for the two global championships next year.

Obiri said she will need more time to prepare for the marathons and plans to feature in more road races—both 10km and half marathons.

“I don’t think I will be able to participate in the World Championships or World Cross-Country Championships next year because I am preparing to switch my full focus on the marathon. I need more time because I want to run more road races and maybe one cross-country before my first marathon,” Obiri said.

She added: “I am not sure when I will run my next marathon but I will have known by February. I want to gain more experience first. Hopefully, in April, I will run a marathon.”

The Olympic 5000m silver medallist added that she believes she ran well in the New York City Marathon on her 42km debut, where she placed sixth in 2:25:49. She said her main goal was to gain experience and she is glad she did.

“My performance wasn’t bad considering it was my first time. My main focus was to gain experience and to be honest, I learned a lot from New York,” she said, adding she is keen to return to New York next year considering she now understands the course.

Obiri said she is yet to resume her normal training routine after her last assignment in New York. “I am planning to swing back into full training next month,” she said.

Commenting on the doping menace that hit the country lately, Obiri asked  Athletics Kenya to apply strict rules or penalties against those involved to reduce doping cases.

“Athletes should be careful about what they are consuming because, at the moment, we are almost hitting a dead end."

She asked AK to work with the government to ensure strict conditions are in place for would be dopers.

Lokedi edged out world marathon bronze medallist Lonah Salpeter of Israel to clinch the title after clocking 2:23:23.
Sports
4 weeks ago

Obiri under no pressure ahead of marathon debut in New York

Obiri said her target is to run well and finish the race, with a place on the podium a welcome bonus.
Sports
3 months ago
Post a comment
by ABIGAEL WAFULA
Athletics
24 November 2022 - 05:00
Read The E-Paper