•He said he feels psyched up for the race but feels pressure due to the stiff competition that awaits him. 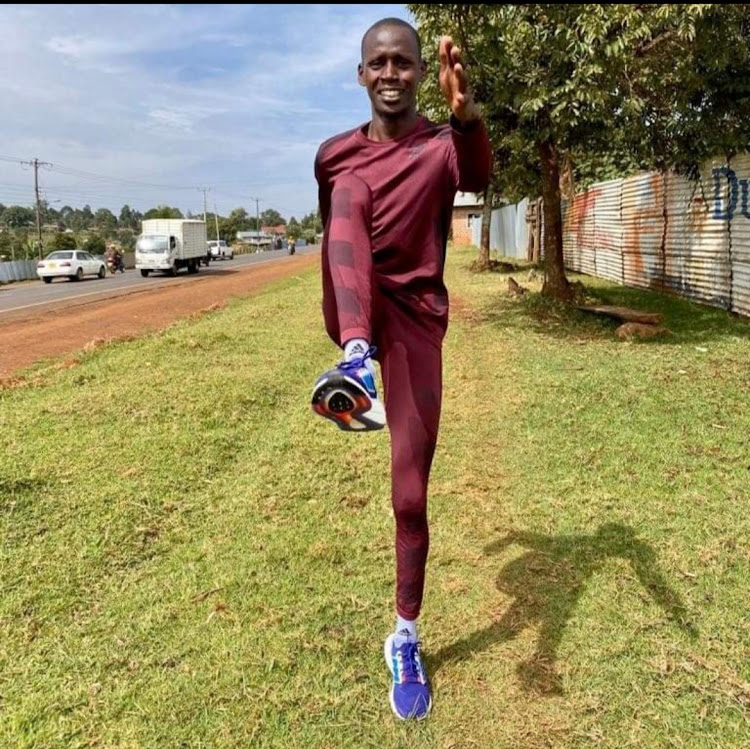 Barselius Kipyego is targeting podium and a new course record as he makes his debut at the Toronto Waterfront Marathon on October 16.

Kipyego said he has never finished on the podium in any marathon and will be looking to make that dream come true on Canadian soil.

“I am going there for a podium finish, nothing less. I have never gotten on the podium in the marathon and this will be a good chance to ensure I finish at the top. If the weather will be favourable, I also hope to set a new course record,” he said.

The 2015 Adana Half Marathon winner is the fastest in the field with a personal best time of 2:04:48. He said he feels psyched up for the race but feels pressure due to the stiff competition that awaits him.

Kipyego, who is also the 2017 Usti nad Labem Half Marathon winner, said he has undergone intensive training and he is sure something good is in store for him.

He said he has had a share of his challenges during training but that will not prevent him from delivering good results.

“I have been training with Felix Bitok for close to four months and will also be running in Toronto. I have the mileage and the only thing remaining is my speed work which is going on well. Together, we make a formidable team,” he said.

He added: “Sometimes, the weather is bad and I am unable to train well. I have also had some injuries but at the moment, I’m doing fine.”

Kipyego also revealed that he draws his inspiration from his coach Claudio Berardelli. “He loves running and that motivates me. He is also very strict and with him around, I take training seriously,” he said.

Popularly called ‘Police Mdogo’ due to his small body, the National Police Service officer said that he will be returning 'home' for another title, ...
Sports
1 month ago

Defending champion Kipruto said he will be going for sub-2:06 to better last year's 2:07.24 timing.
Sports
2 years ago
Post a comment
WATCH: The latest videos from the Star
by ABIGAEL WAFULA
Athletics
22 September 2022 - 05:00
Read The E-Paper