• Sikoyo said his opponent took advantage of his shortcomings to maximize points.

• This being Sikoyo’s debut at the Club Games, he said there was a lot to learn from his opponent. 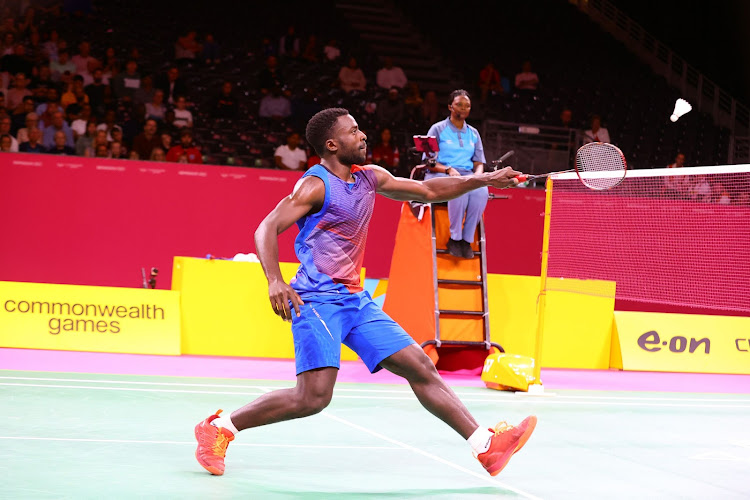 Sammy Sikoyo in action during the Badminton men's singles round of 64 at the Nec Hall five in Birmingham
Image: HANDOUT

Badminton player Sammy Sikoyo has attributed his poor run in the ongoing Commonwealth Games to a lack of fitness.

Sikoyo said they had very little time in training and hence didn't achieve the standards they had hoped for before the Club Games.

He admitted that badminton competitions were not easy considering the structure of the competition. "One has to go through the round of 64, 32, 16, and then the finals and this needs a lot of fitness," he added.

Sikoyo said his opponent took advantage of his shortcomings to maximize points. He said pushing for points without fitness was an uphill task although his opponent seemed to have an easy time.

“My fitness is wanting because I get exhausted quickly. My opponent capitalized on my weakness to score at will. My opponent also has good footwork too,” he said.

He added: “We have not had extensive training because we only had three weeks before traveling. Most of our opponents play badminton as a career and so they train probably on a daily basis.”

This being Sikoyo’s debut at the Club Games, he said there was a lot to learn from his opponent. “I have learned a lot from this event and  also enjoyed the competitions. I am grateful to have this opportunity.”

Sikoyo revealed that he has to work on his fitness if he intends to improve his prowess in the sport.

“After the first set, I realised I matched my opponent, reduced my errors and started getting points. However, as the match wore on, my opponent capitalised on my poor fitness to seal the match,” he said.