Plan to set up sprinters training camp in Mumias

•This weekend's Western region pre-trials initially scheduled for Mumias, has been shifted to Kaptama in Mount Elgon 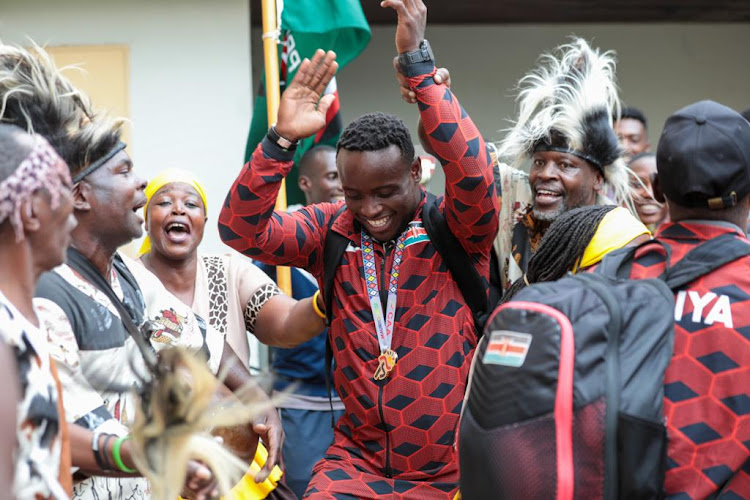 Plans are underfoot to establish a sprinters' training camp in Mumias to tap promising talent from the Western region.

Athletics Kenya (AK) Western region chairman, Francis Afundi, said the decision has been motivated by the success of the quartet of Ferdinand  Omanyala, Dani Kiviasi, Samuel Imeta, and Mike Mokamba at the Africa Senior Athletics championships in Reduit, Mauritius where they clinched gold in the 4x100m relay.

“We have seen many sprinters in this region and for us to tap this talent, we need to set up the sprinters' training camp to ensure that we get more medals in the future,” Afundi said.

He further envisioned that athletes who will be camping in Mumias can move to mount Elgon for endurance and hill work before undertaking speed work and horizontals in Mumias.

Meanwhile, this weekend's Western region pre-trials initially scheduled for Mumias has been shifted to Kaptama in Mount Elgon.

Afundi said this has been necessitated by the need to ease the logistics for transporting athletes to the venue.

He added that athletes who were placed in camps will count for 85 percent of all competitors seeking to compete at the national trials ahead of the Colombia trip.

“Since majority of athletes come from the area, we will be cutting costs. At the same time, these athletes are like a family, who knows each other very well. With camps, an athlete and the coach become one and a coach can easily identify the challenges an athlete is going through,” Afundi said.

He added: “We are open to everyone. We don’t want to be blamed for killing other athletes’ careers.”

Many athletes have suffered for lack of proper training facilities albeit the federation have taken baby steps towards remedying this challenge.
Sports
1 week ago

The former Olympic Silver medalist said he is still not at his peak as his target is 85m.
Sports
1 week ago

He said his elder brother Benson Cherono is his biggest inspiration.
Sports
1 week ago
by EMMANUEL SABUNI
Athletics
18 June 2022 - 09:00