Many athletes have suffered for lack of proper training facilities albeit the federation have taken baby steps towards remedying this challenge. 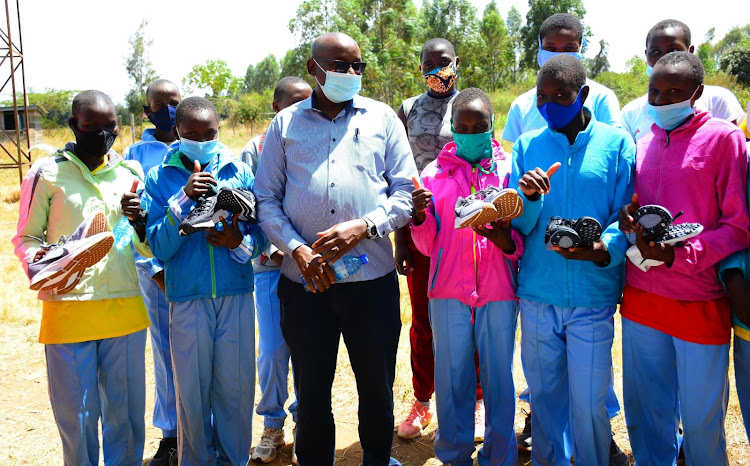 The lack of modern training facilities for sprinters and field athletes may soon become history if Athletics Kenya's plan to invest in such equipment comes to fruition.

AK's youth development committee chair Barnaba Korir said the issue is top of the federation's agenda and they are determined to provide athletes with all they require to finesse their skills.

"In the future, we want to procure those implements that will be used by our athletes, especially the sprinters. We want to make sure they have the right machines, gym and the starting blocks so they can be on par with their colleagues in other countries. We are on course to do this," Korir said.

He admitted that many athletes have suffered for lack of modern training equipment albeit the federation have taken baby steps towards remedying this challenge.

"Yes, it is a challenge that has been there but at the same time, we have had competitions where afterward, we have retained these implements. For example, during the World Under 20 Championships, we focused on timing equipment as well as pole vault and javelin. These implements were retained and we are going to use them," he said.

Korir was speaking on Thursday at his office at Riadha House, where he also gave an update on this weekend's Nairobi Region Under 20 pre-trials.

The pre-trials, to be held at Nairobi West Prison grounds, are the latest of such competitions held across different regions countrywide to select regional teams that will participate in the national trials in July.

Korir said the extensive preparations are necessary to ensure they produce the strongest Team Kenya possible as they seek to defend their title for the third time.

"We want to defend the title we won in Tampere (Finland) and Nairobi so it is important that we prepare well. The purpose of these pre-trials is to ensure that every talented athlete gets a chance to compete unlike when they compete individually in which case some of them may not have the resources to travel for these competitions," he said.

Furthermore, he gave his stamp of approval to the progress made thus far in preparing the juniors for the battles ahead.

"In April, we had camps all over the country where the athletes were trained over the long holidays. At the same time, 11 of our young athletes were in Miramas, France for a training camp for sprinters. When they came back, we took some of them to compete at the East Africa Regional Championships in Dar-es-Salaam and they performed really well," Korir said.

He added: "So far, so good...I am happy with the progress. We thank the government for its support. Through the cabinet secretary for Sports, they have supported us in ways never seen before."

The 22-year-old is focused on securing her place to Oregon and Birmingham by excelling at the national trials  next weekend.
Sports
1 week ago

The former Olympic Silver medalist said he is still not at his peak as his target is 85m.
Sports
1 week ago
by OMONDI ONYATTA
Athletics
17 June 2022 - 05:00