Kipkurgut, Kipruto and Omanyala to lead Kenyans at Anhalt Meet 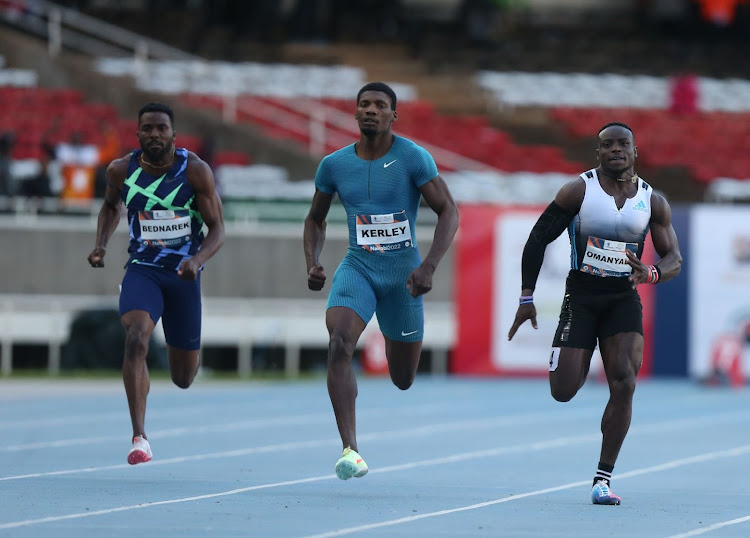 Kipkurgut, who also clinched this year's Kenya Prisons Service 1,500m title, boasts the fastest time among those on the start list for this World Athletics Continental Tour bronze event.

With a personal best of 3:34.95, the Kenyan will be up against fellow countryman, All Africa Games 800m silver medalist Cornelius Tuwei (3:35.34) as well as Czech Republic’s Filip Sasinek who sits in between the duo with 3:35.02.

As the only Kenyan in the two-lap race, the Nyahururu-based runner will face off with Great Britain’s Jamie Webb who has 1:44.14, and Netherlands’ Tony Van Diepen (1:44.82).

In the men's 100m, Ferdinand Omanyala will be looking to continue his good run of form this year, the latest of which includes a 10.11 on his way to victory at the International Castiglione Athletics, the World Athletics Continental Challenge tour in Italy on Sunday.

This win, coming a few weeks after his victory on home soil at the Kip Keino Classic, has buoyed the African record holder who is looking forward to more success.

"We ran a new meeting record of 10.11secs, a slow time by his current standards, but it was enough to earn a new Meet Record, breaking the previous mark of 10.31secs held by Olympic Champion Marcel Jacobs," he said.

With the fastest time of 9.77 on the start list, the national 100m record holder said he will be using the event as part of his training for the senior Africa Athletics Championships that will be held in Mauritius next month.

“This race will be good for me as part of my training ahead of the Africa Senior Athletics Championships in Mauritius. This is also fun by traveling across the world in sports,” he said.

Omanyala will also run at Golden Spike Continental Tour meeting in Ostrava, Czech Republic at the end of May, where he will face off against Jamaican Yohan Blake.

“My aim at the Africa championships is to qualify for the World Championships," said Wanyonyi.
Sports
1 month ago

The second edition of the run saw Bomet's Patrick Kipng'eno walk away with the men's crown as he timed 44:13.8 across the finish line in the men's ...
Sports
1 month ago
by EMMANUEL SABUNI and OMONDI ONYATTA
Athletics
25 May 2022 - 05:00