The duo took the top two places in the men's 400m at Moi Stadium, Kasarani and now want to go and shine at the continental showpiece in Reduit 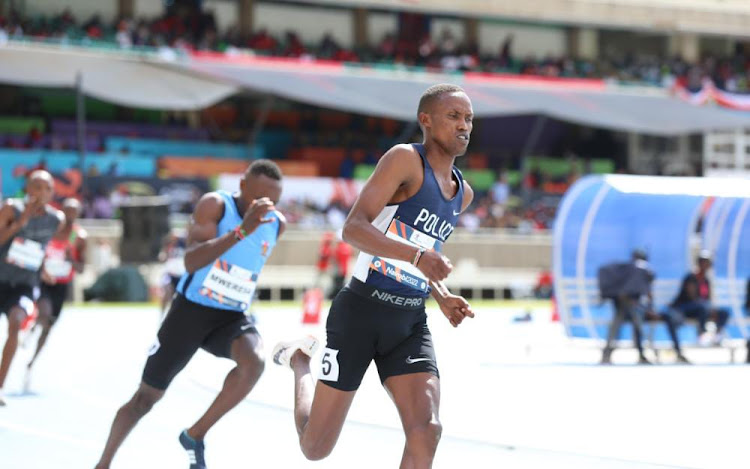 Kenyan sprinters William Rayan and Collins Omae believe their good showing at Saturday's Kip Keino Classic has put them in a prime position to excel at next month's Senior Africa Athletics Championships in Mauritius.

Rayan described the win as progress towards an excellent campaign in Reduit in June.

"I am very happy because this represents progress towards the Africa Championships. Last time I clocked 45.99 but today, I managed to time 45.51 so I am looking forward to a good show," Rayan said after winning the Kip Keino Classic over the weekend.

The sprinter is also looking to make amends for the World Relay Championship in Silesia, Poland where he was hampered by a hamstring injury.

"It feels great to have won today. I was so comfortable today because I have been injury-free for some time. The last time I was at the World Relays, I really struggled with a hamstring injury," he said.

On his part, Omae admitted there are certain aspects of his race that he needs to improve on before he can dream of gold in Mauritius.

"Of course, when you go to a competition, the aim is to always win it. However, we need to fix a few things first like I need to improve on my speed...especially the first 30 to 50m. Once we put that together, then we'll be good to go," he said.

The sprinter added that he will be targeting a place on the plane to the Commonwealth Games in Birmingham.

"I haven't yet discussed with my coach what will be the target in Mauritius. I know he is going to watch the tape of my performance and advise on the way forward. It is a step-by-step process...taking it one day at a time. One of my other targets is the trials for the Commonwealth and then from there we shift our focus to the continent," Omae said.

The duo will be accompanied in the 400m men's team by Boniface Mweresa who also clocked a season-best of 46.60 in the same race on Saturday.

The World Under 20 champion timed a season best of 1:45.01 and is now pumped up for upcoming competitions after his first-ever victory in Continental ...
Sports
1 week ago

Africa's fastest man said he had promised to give a show to the fans and delivered on the same with a world lead of 9.85 at Moi Stadium, Kasarani
Sports
2 weeks ago