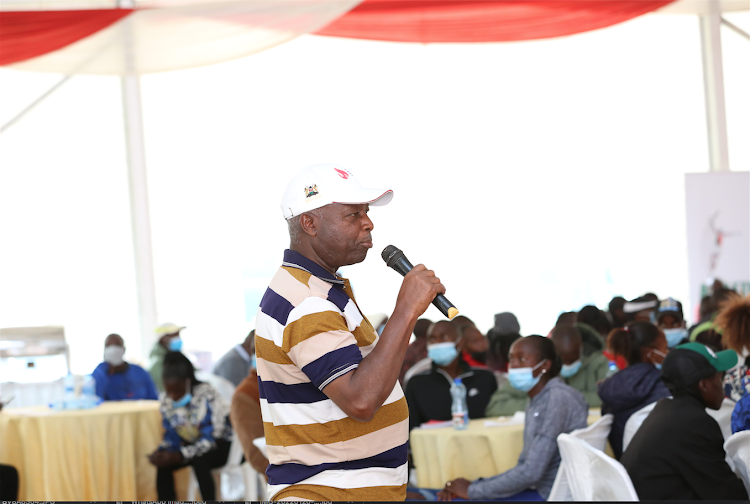 Athletics Kenya president Jack Tuwei believes the current crop of junior athletes will enable Kenya rid themselves of the doping vice because of their awareness and willingness to learn about the rules.

Tuwei said he has interacted with many youngsters and is impressed by their desire to train and run clean by resisting the temptation to use banned substances.

"When I talked to the junior group, that is the under 18s and under 20s, I was impressed by the fact that they are willing to talk freely about it. This shows their willingness to learn and an admission that it (doping) is wrong and are ready to do away with it," Tuwei said.

"This young generation has acknowledged that doping is a vice and are willing to fight it. If we focus on such a group, then we will go far. If we walk with them so they understand doping is bad and continue to wage war against it, then we will be able to overcome this vice."

Tuwei decried that Kenya is taking too long to redeem itself and come out of Category A of member federations that are at a high risk of doping.

The country was placed in the highest category of susceptible doping culprits in 2018 by the Athletics Integrity Unit — AIU — alongside their long-distance archrivals Ethiopia, Belarus and Ukraine.

"We need to eradicate this thing once and for all because we have stayed for too long in Category 'A'. We have made some progress as you can see last year there were few cases of doping. We have worked with various stakeholders in the war against doping, including ADAK who have been cooperating with us very well," he said.

The AK supremo was speaking on Friday morning at Queens Garden, Eldoret during an anti-doping seminar for athletes competing at Saturday's national cross country championship in Lobo Village, Kapseret.

The long-day seminar fulfils a requirement by the World Anti-doping Agency, which requires athletes to be empowered on anti-doping rules, including the updated list of banned substances.

"I am happy about the attendance today. All the athletes competing have turned up for the seminar and most of those here are the juniors. It is actually the biggest anti-doping seminar I have ever seen," Tuwei said.

"Every athlete is required to familiarise themselves with the anti-doping rules. WADA often updates the list of banned substances and athletes are expected to have a copy of the same including on their phones."

Speaking at the same event, ADAK's Kennedy Mwai urged athletes to take a proactive role in filling their whereabouts inasmuch as they may be assisted by their aides.

"If you have appointed someone else to update your whereabouts, always try and be up to date with the information in your account because at the end of the day, as an athlete, you are responsible for your whereabouts," Mwai said.