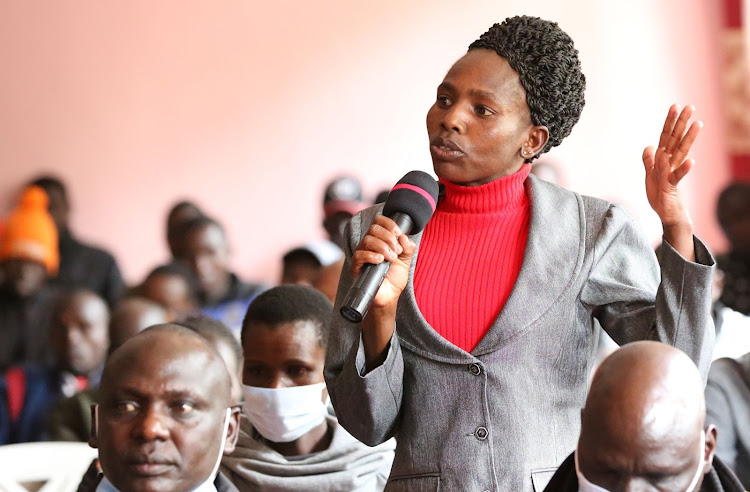 The 2015 Dresden Marathon Gladys Kiprotich says many athletes have been left helpless by the long wait for their race winnings due to needless bureaucracy.

Kiprotich said waiting for many months to savour the fruits of their sweat sends many athletes into mental anguish and hopelessness.

"When we ask race organizers why our prize monies are taking longer to mature, we are often told that they are still awaiting the results of our anti-doping tests. We don't understand why our results must take that long to come out before we can receive our prize monies," Kiprotich said.

She added: "We do not have much information on the modalities for accessing our winnings. Meanwhile, many athletes and their families are suffering financially, having spent  a lot of money preparing for these competitions."

The 2011 Dusseldorf 10km runner-up further pleaded with Athletics Kenya and other race organisers to consider awarding the top 20 athletes in a race rather than the top 10 as is the norm.

"You know that Kenya is a hotbed of athletics talent. Even the one that finishes 20th is a formidable runner. To encourage as many athletes as possible, it is only fair to award the top 20 finishers rather than the top ten. It is also a just reward for the many hours and days athletes spend in preparation for various events," Kiprotich, who boasts a personal best of 2:35:16 in the marathon, said.

Similarly, former marathoner and 1500m/800m specialist Simon Losiaboi decried the unfair treatment of athletes competing at the Masters' level compared to those at the World Under 20 Championship at Moi Stadium, Kasarani.

"The juniors who won their respective areas at World Under 20 were allegedly promised Sh1 million. For us in the Masters, we did not even access the Team Kenya singlet. We would have loved to be treated equally with our junior peers," Losiaboi said.

The two were speaking at Kishaunet Showground in Kapenguria, West Pokot County during Athletics Kenya's consultative meeting with coaches, athletes, managers, and other stakeholders in the region.

Commenting on the heart-to-heart sit-down, programme coordinator John Kimetto thanked participants for their candid sentiments on the state of the athletics sector.

"I am happy because we have obtained the data we wanted. We wanted to reach as many athletes as possible. That is why we have been having the one-day event. It will be a marathon for us as a federation because we took advantage of the off-season, especially for the track athletes," Kimetto, also a member of AK's executive committee, said.

He promised that the suggestions collected from the past one month will be compiled into a report for further action.