•Athletics Kenya are the first signatory to the framework, which requires sports organisations to reduce carbon emissions in their activities 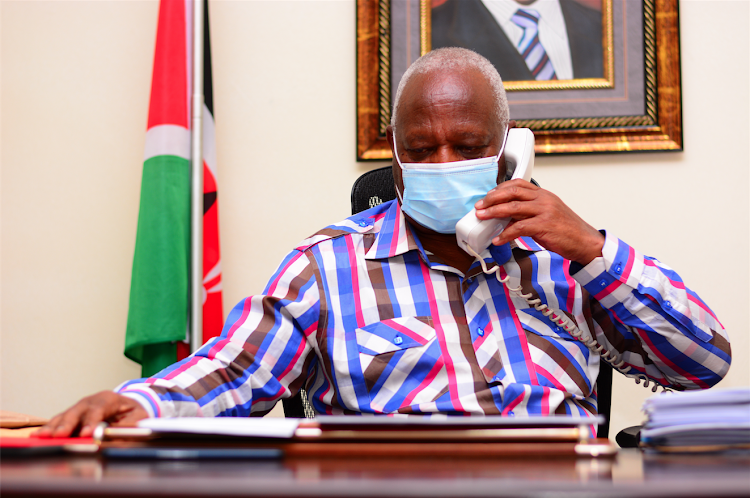 Athletics Kenya (AK) have promised to reduce carbon emissions in their activities in line with the Paris Climate Agreement by signing on to the United Nations Climate Change Sports for Climate Action Framework.

The national athletics governing body becomes the first federation to append its signature to the framework, which commits sports organisations to create awareness about climate change within their spheres of influence.

AK president Jack Tuwei said the federation's decision to join the initiative was a matter of urgency in light of the worsening state of climate change in Kenya and elsewhere.

"We are already seeing the devastating impact of climate change in Kenya and elsewhere in Africa. We all have an important role to play and the time to start doing our part is now. The IPCC report last week served as a vivid reminder of what is at stake,” Tuwei said.

The IPCC report he was referring to was released over a week ago by the Intergovernmental Panel on Climate Change, which warned that global warming is fast becoming a worldwide disaster due to increased human-induced climate activities.

"Kenya has a rich tradition in advocating for the environment. Our very own, Wangari Maathai, founder of the Green Belt Movement,  contributed to the planting of more than 30 million trees and was awarded the Nobel Peace Prize in 2004 for her contribution to sustainable development, democracy and peace, the first African woman to receive the prize. Kenya banned single-use of plastics in 2017 and was an early signatory to the Clean Seas initiative," he said.

WA president Sebastian Coe commended Tuwei and AK for showing leadership at a critical time by embracing the initiative by becoming the first signatory.

"We, as leaders in sport, must act now. We must use the influence that we have to advocate for a more sustainable future. So I'm especially proud that President Tuwei and Athletics Kenya, traditionally one of our most successful member federations, have also committed to the principles outlined in the Framework,” Coe said.

"We welcome Kenya Athletics to UN Sports for Climate Action and we hope that through their athletes they will continue to inspire masses to demonstrate speed,commitment and natural power in the race against climate change."