Running across 47 counties in Kenya last year has prepared the Salomon Brand Ambassador for his upcoming fairy-tale run which will cover 500km.

• On August 14, Limo will be running 50km up and down Mt Kilimanjaro. On August 15, he will run a 75km stretch from Marangu to Kimana. 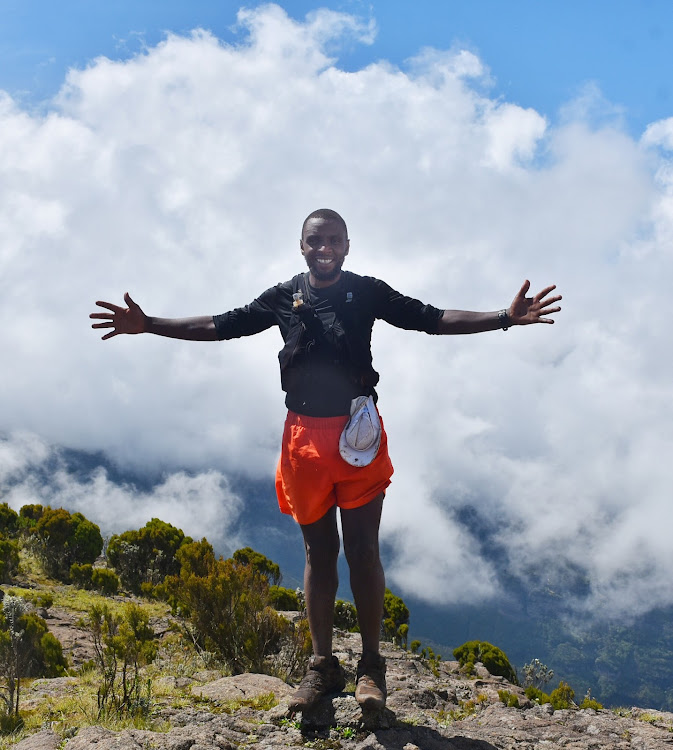 Limo Kipkemoi will be running from Mt Kilmanjaro to Mt Kenya between August 14 to August 21 in the much-anticipated Salomon Kenya Summit to Summit.

Running across 47 counties in Kenya last year has prepared the Salomon Brand Ambassador for his upcoming fairy-tale run which will cover  500km.

On August 14, Limo will be running 50km up and down Mt Kilimanjaro. On August 15, he will run a 75km stretch from Marangu to Kimana.

The itinerary for August 16 will see Limo tackle some gruelling 86km between Kimana and Emali.

Emali-Machakos will be an 89km stretch programmed for August 17. Machakos-Ngoliba 81km challenge awaits Limo on August 18 followed by a 60km run between Ngoliba-Sagana the following day.

On August 2, he will traverse the 78km Sagana-Met Station section then up and down Mount Kenya on August 21.

Should Limo complete the full itinerary as planned, he will become the first runner to achieve such a feat.

"It's such a great feeling to chase my dreams in something no man has ever achieved. With intense preparations and last year's 47-County run, which was a dry run for my intended Summit to Summit attempt, I can only hope for the best," said Limo.

Limo will be spurred on by an experienced support team that will include fellow Salomon ambassador James Muhia who will summit with him in Kilimanjaro and run with him up to the Kenyan border.

Muhia will join Limo again for the climb on Mt. Kenya.  Another Salomon ambassador, Victor Miringu will also run up to Mt. Kenya summit with Limo. Limo will enjoy Salomon hiking gear for the summit and running gear for the running sector.

"As distributors of the brand, the team at Going Outdoor are proud to be partnering with an athlete of Limo’s calibre and supporting him in his quest to chase his dreams and achieve the impossible."

"Completing the Summit to Summit challenge in eight days defies all odds. However, we have the utmost confidence in Limo’s abilities to go down in history as an elite Salomon athlete that pushes his limits beyond belief."

"This will be another record set by Limo after becoming the first man to run an ultra marathon in each of the 47 counties in Kenya."