•2011 All Africa Games champion Hyvin Kiyeng timed 9:24.5 to finish ahead of world champion Beatrice Chepkoech in the women's 3,000m steeplechase 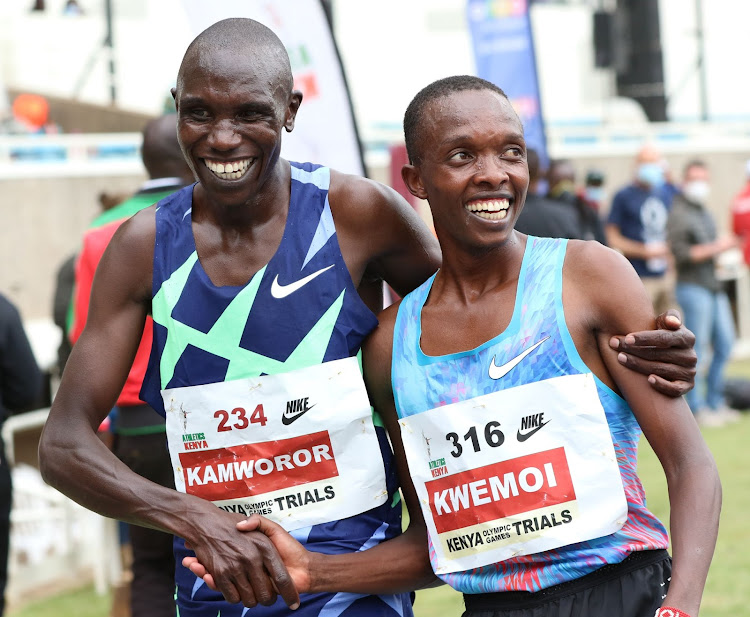 Former World Half Marathon record holder Geoffrey Kamworor put his past injury woes behind him to storm into first place in the men's 10,000m finals at the national trials for the Tokyo Olympics on Friday morning.

The police officer clocked 27:01.06 to finish ahead of national cross country champion Rodgers Kwemoi (27:05.51) and Weldon Kipkirui (27:24.43) in second and third respectively.

Kamworor said the win was the perfect reward for the many times he has persevered after suffering a motorcycle accident in June last year.

"I needed to make a statement because of the many challenges I have undergone in the past year and I am glad that I made team. Eliud Kipchoge (world marathon record holder) had earlier encouraged us to do all our best to make the team for Tokyo," Kamworor said.

Kwemoi was equally elated to make the podium and immediately turned his attention to the upcoming Olympics where Kenya will be seeking to end it's over 50-year medal drought in the men's 10,000m.

Naftali Temu was the last Kenyan to clinch gold in the race at the 1968 Olympics in Mexico City before losing grip of the 10,000m to date.

"We are ready and determined to break the jinx in Tokyo. Eliud spoke to us and encouraged us to work together as a team to bring the medal home. Personally, I need to improve on my endurance and improve on the last lap," Kwemoi said.

In the women's 3,000m steeplechase, 2011 All Africa Games champion Hyvin Kiyeng timed 9:24.5 to finish ahead of world champion Beatrice Chepkoech who clocked 9:25.0 in second and Purity Kirui (9:25.6)who finished third. 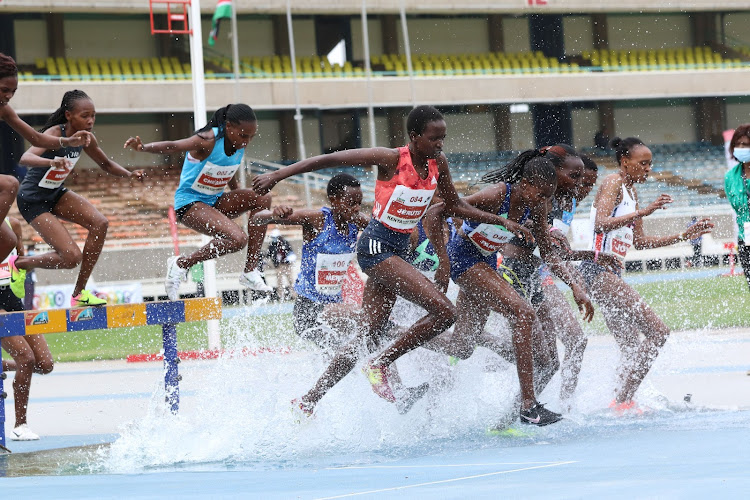 Athletes compete in 3000m steeplechase during the trials for Tokyo Olympics at Kasarani.
Image: ERICK BARASA

Having clinched silver at the Rio Olympics in 2016, Kiyeng has now set sights on the gold medal.

"I was more concerned about qualifying and not necessarily winning the race. The greatest battle lies ahead and my focus after here is to work on my weak areas. Last time, I won silver in Rio and so the next logical step is to aim for gold in Tokyo," she said.

Chepkoech was content with her second-place finish considering she has been feeling unwell in the last week.

"The only medal missing in my collection is an Olympics one. So the pressure is well and truly on. It is my pleasure to represent my country once again and we will work together (with Kiyeng) to ensure a podium sweep and bring glory to Kenya," Chepkoech said.