Cheserek 'not scared' of crowded 10,000m field ahead of Tokyo trials

• US-based Edward Cheserek believes he is on the path to realising his Olympic dream, judging by his performances.

• Cheserek has been training at Kaptagat for the past three months and believes he can only get better. 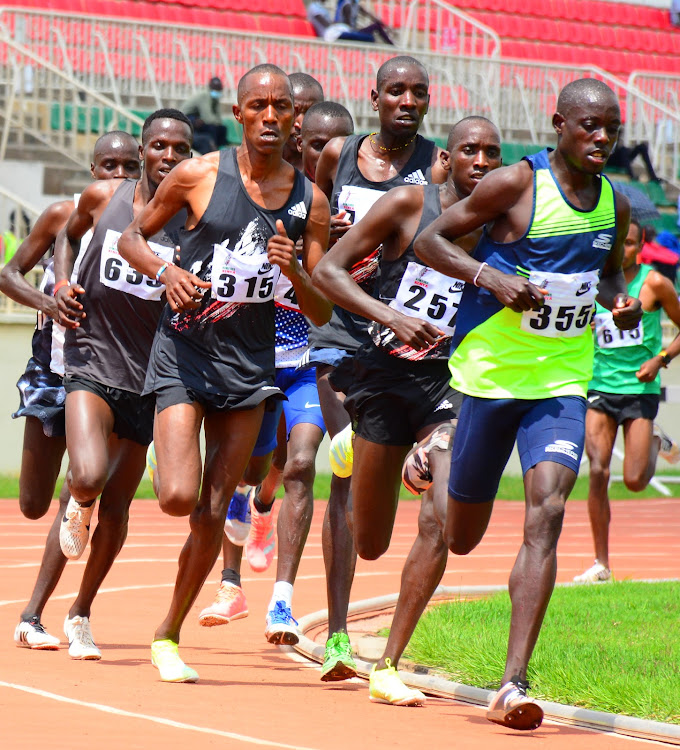 Edward Cheserek leads a pack of runners in the men's 10,000m during the Tokyo Olympics pre-trials at Nyayo Stadium on Friday afternoon.
Image: ERICK BARASA

US-based Edward Cheserek says he is ready to battle other seasoned athletes in the men's 10,000m for a chance to represent the country at the Tokyo Olympics.

World half marathon record holder Kibiwott Kandie, national cross country defending champion Rodgers Kwemoi and Bedan Karoki, among others, are among elite names hoping to do duty for Kenya in the race at the Olympics.

However, Cheserek believes he is on the path to realising his Olympic dream, judging by his performances.

"So far, so good. I am hopeful of stating my case emphatically thanks to the training and performances I have produced. After here, I will resume my training for the next three weeks before the trials and am sure I will only get better and fitter in time for the event," Cheserek said.

The Arizona-based athlete clocked 28:10.41 to win Heat 1 of the Men's 10,000m race during the Tokyo Olympics pre-trials on Friday afternoon at the Nyayo Stadium, Nairobi.

Cheserek, who has been training at Kaptagat for the past three months, however, noted that the hot weather stretched his abilities to the limit.

"The race was good although I was not expecting it to be this hot. I had to try my best, regardless, and am happy that it bore fruits. I will be back here (Nairobi) in the next three weeks for the trials. Training has worked out well so far," he said.

In the women's 200m, Maureen Thomas stormed to victory in 23.69 whereas Monica Safani (24.73) and Evangeline Makena (24.92) finished second and third respectively.