•Speaking on behalf of footballers, Otieno conceded that most of them do not collect enough to make good investments. 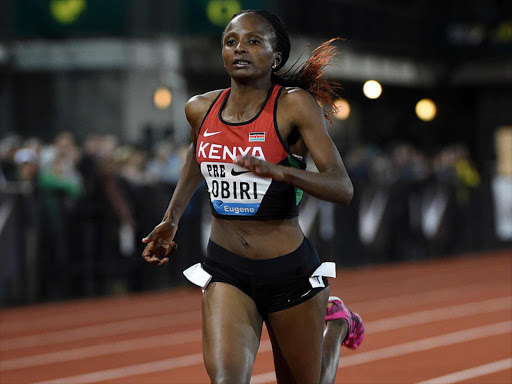 Obiri's sentiments comes in the wake of coronavirus pandemic which has cut the livelihoods of the athletes who solely rely on sports to eke a living.

The Olympics silver medallist revealed that she has invested in farming and business to complement what she gathers from the track as well as to cover them in case of an unforeseen circumstance like an injury .

She advised active athletes to borrow a leaf from retired counterparts who are doing well in life despite calling it a day in their respective disciplines.

“My advice to athletes is to invest now as  you can never be sure about tomorrow. We need to emulate our retired athletes, who are still doing well long after hanging their spikes. Investment will always come in handy especially when one is forced our by an injury. I am doing my farming and business now because I cannot train and do my normal businesses,” she said in a webinar organised by the National Olympic Committee of Kenya (NOC-K).

Obiri's sentiments were echoed by former marathon record holder Patrick Makau who has since retired and ventured into coaching. Makau, who runs a club in Ngong, said budding athletes should be mentored and advised before they start earning to shield them from investing in luxuries only.

"They should be patient; their time will come. I urge them to seek advice from coaches and managers and make sure they have people in their corner to guide them,” he said.

Speaking on behalf of footballers,Otieno conceded that most of them do not collect enough to make good investments. He counselled players to live within their means and pleaded with Football Kenya Federation to hire managers who will not only tutor players but also advise them on financial issues.

"I tried to live a disciplined life on and off the pitch. I invested too. My advice to players today is that live within your means. For the federation, get good managers who can guide and advise the players," said Otieno, who is Stars most capped player.