• Since I arrived here yesterday morning, I have not had a decent meal, just surviving on milk and this win gives me a lot of encouragement - Kipkurui.

•The beauty is I had trained well for the race and even though there was too much humidity, I managed to shake off the competition - Kiruki. 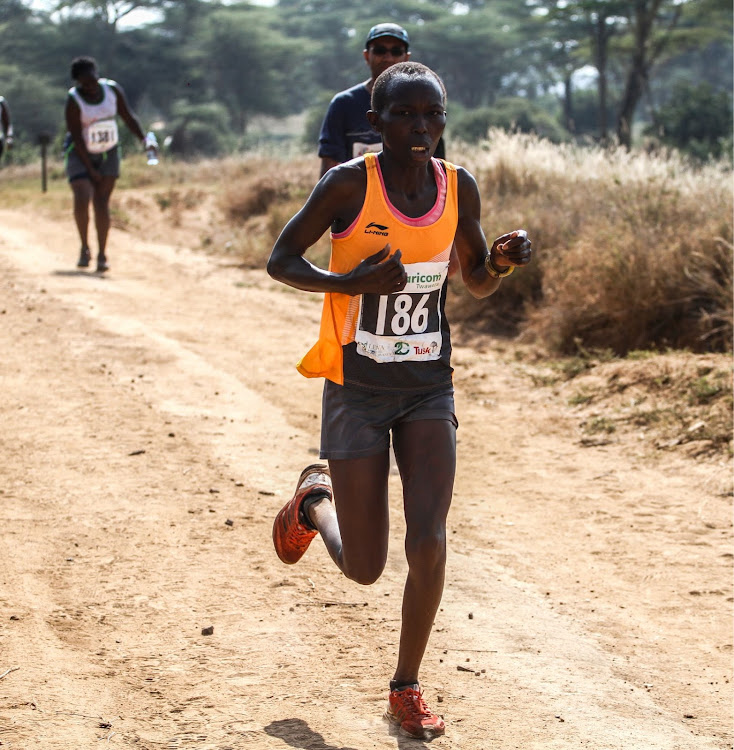 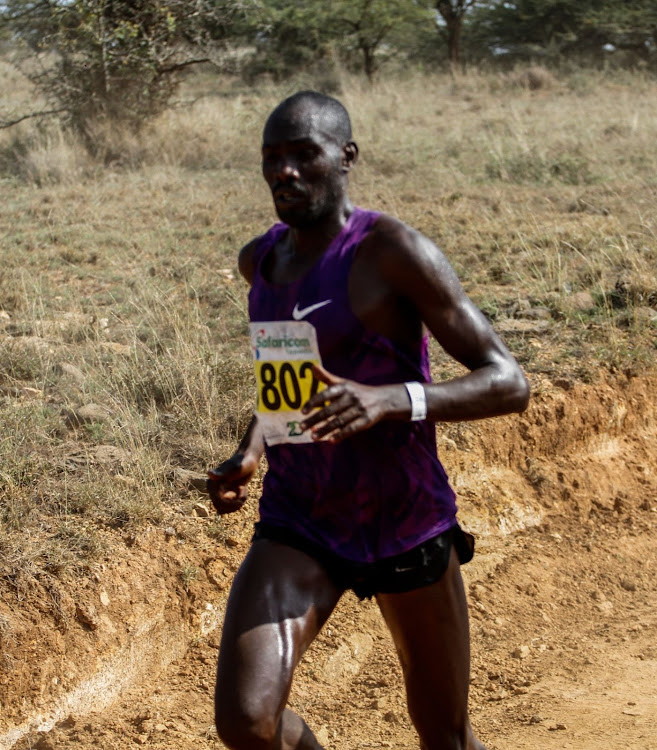 Kipkurui’s victory was a sweat eraser to the numerous hurdles he encountered on his way to Lewa from his training base in Kaptagat.

“In the morning, I never knew I could win this race. I found it rough on my way here, held in traffic for six hours at weighbridge (Gilgil) and thus was late to secure accommodation at the village. Luckily, there is a young police officer from my home area stationed around Lewa, who gave me a place to sleep in,” revealed Kipkurui.

“Since I arrived here yesterday morning, I have not had a decent meal, just surviving on milk and this win gives me a lot of encouragement. Just last week, my cow died and left my wife and I devastated but I told her I am coming to Lewa and I will return home with something.”

“But at the beginning of the race, I lost hope. I was badly off the leaders and it is only after the branch off for the 21km runners that I realised I was about 10th in the 42k. I vowed to turn the tables on them and at 25km, I took the lead and never looked back,” said the 34-year-old father of one.

Kipkurui revealed he feels in top shape and it is only a matter of time before he embarks on his next ‘fishing’ escapade.

Emmah Kiruki was the women’s winner after a slow 2:50:31 clocking. She was followed by Daisy Jepkorir, who timed 3:03:03 for a distant second with Mary Wairimu timing 3:18:50 to clinch the last podium spot.

Kiruki could not hide her delight of clinching her second title, adding onto the one she won in 2008, despite the punishing weather conditions.

“The race was very tough today,” said the 37-year-old Kiruki. “The beauty is I had trained well for the race and even though there was too much humidity, I managed to shake off the competition.”

“I just want to go home and rest before I can plot my next move.”

Meanwhile, Morris Munene won the men’s 21km race after a dominant display that saw him clock an impressive time of 1:06:06 with average splits of 03:08.1 per kilometre.

Miriam Nakitare from Embu was the winner in the women’s 21km race after clocking 1:15.11 ahead of Pauline Wangui (1:16.14) as Caroline Nyaguthii timed 1:17.12 to clinch the last podium slot.

Former Safaricom Lewa marathon 21km champion Fridah Lodepa could not master the demands of the shorter version as she finished fourth in a time 1:19:31 followed by Esther Wangui (1:20:03) while Gladys Chichi rounded the top six places in 1:20:37.

Among the dignitaries present during the event were First Lady Margret Kenyatta who ran in the 5km fun run, former Safaricom CEO Michael Joseph, who took part in the 21km race as well as Sports CS Amina Mohamed and Meru Governor Kiraitu Murungi, who flagged off the race.

The annual marathon will be held on June 29
Sports
3 years ago
by MUIGAI KIGURU Deputy Sports Editor
Athletics
29 June 2019 - 14:02