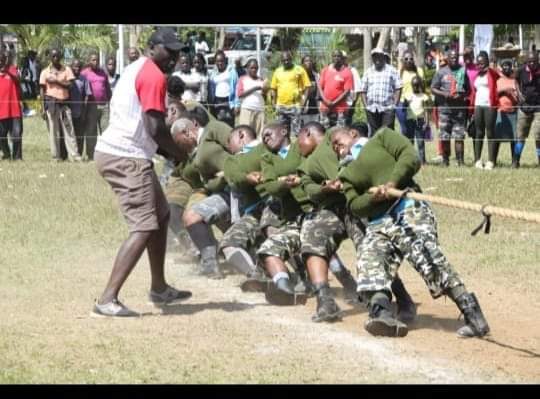 Nine women and men’s tug of war players from Busia county have been selected for trials with the national team in Nairobi.

The players were picked during this year's edition of the Kenya Inter-Counties Sports and Cultural Association (KICOSCA) Games that ended in Kisumu last weekend.

Busia team manager, Solomon Itubo, said the nine players deserve to join the national team which is being constituted for the first time, owing to their impressive performance at the games.

Busia Queens shrugged off stiff opposition to beat outgoing champions Nairobi 2-1 in the playoffs. They finished second runners behind winners Kisii who had beaten them 2-0 in the semis and runners-up Kakamega.

Busia started the games on a sound note, pulling Vihiga 2-0 before losing to Nairobi 2-1 in the second match. However, they recovered their poise to beat Kisumu and Nyeri 2-0 respectively to sail through to the quarters where they outwitted Nakuru City 2-0.

Busia men's team fell in the quarterfinals to new champions Kisumu who beat them 2-0. The border county had lost 2-0 to Laikipia before bouncing back to beat Narok and Kiambu 2-0 respectively.

“Our focus will be on the next KICOSCA games in Kilifi, where we shall strive to silence defending champions Kisumu and Kisii,” he said, noting that they have what it takes to capture the two titles.