• The three players joining from Kwanthanze are below 20 years old and are tipped to inject new energy into the team as it looks to lift this season’s trophy.

• Bitok singled out Mariana who becomes the first volleyball player from the MAA community to join a team competing in the topflight local league. 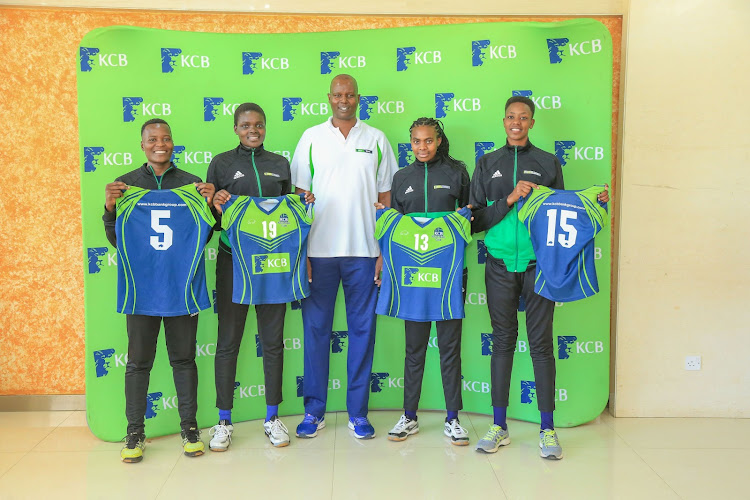 The club’s technical director, Paul Bitok, who doubles up as the national team coach received the players in a contract signing ceremony held at the Moi Stadium, Kasarani Indoor Arena, Nairobi.

Bitok hailed Mariana, who becomes the first volleyball player from the MAA community to join a team competing in the topflight local league.

The three players joining from Kwanthanze are below 20 and are tipped to inject new energy into the team as they look to win this season’s title.

“By signing up these young players, we are looking at tapping into the talent of upcoming sports stars and to give them a chance to shine on the global stage," said Bitok.

"This will be a significant step in the development of volleyball in the local scene while also ensuring that players make a living out of the sport.”

KCB begin their playoffs campaign against DCI on Friday afternoon before facing Kenya Prisons on Saturday and battle Kenya Pipeline on Sunday.

Headcoach Japheth Munala said the collective effort will be key if the bankers wish to add another trophy to their cabinet.
Sports
1 week ago

The duo who is a setter and middle blocker respectively, have been away because of family matters.
Sports
2 weeks ago
Post a comment
by EVANS OUSURU
Sports
19 January 2023 - 10:29
Read The E-Paper