'ALL IS NOT LOST'

We shall bounce back, says City Stars' debutant Odhiambo

City Stars will play Tusker on Sunday at Kasarani on Sunday.

•“We will bounce back and come off much better in upcoming games. I am looking forward to a great season,” said Odhiambo.

•Others handed debut by Muyoti were Kelvin Etemesi, Ronney Kola and Newton Ochieng while Samuel Kapen, in his second stab in the top league, clocked his first 90 minutes. 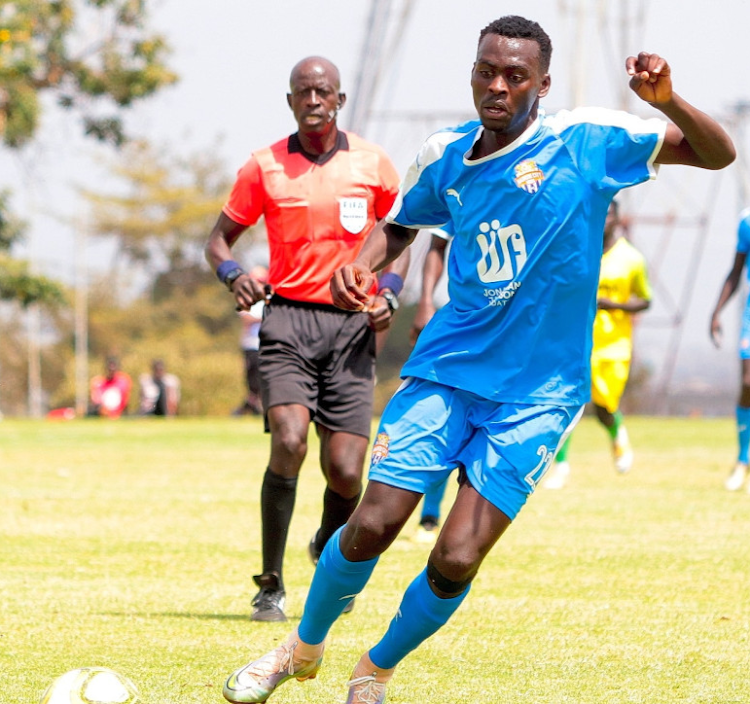 Newly-signed Nairobi City Stars offensive midfielder Daniel Odhiambo   has vowed that the team will bounce back from their 2-0 loss against Bidco United in the opening game of the Football Kenya Federation Premier League.

“We will bounce back and come off much better in upcoming games. I am looking forward to a great season,” said Odhiambo.

City Stars will face defending champions Tusker on Sunday at Moi Stadium, Kasarani. Odhiambo was one of the five players handed debuts by coach Nicholas Muyoti and they will be hoping to build on that experience.

“It was a special moment to represent Nairobi City Stars in my first topflight game, even though the game ended in defeat,” said Odhiambo.

Others handed debut by Muyoti were Kelvin Etemesi, Ronney Kola and Newton Ochieng while Samuel Kapen, in his second stab in the top league, clocked his first 90 minutes.

Kola, a former Kenya School of Government defensive midfielder, was fielded as a stopper alongside Kennedy Onyango and went on to clock 90 minutes.

He said: “It was a good experience as my dream to play in the Kenyan Premier League finally came true. The atmosphere was great and I look forward to many more games.”

Kapen, who was signed from Kibera Black Stars, landed his first full game. Previously, while at Rangers, he had only been handed appearances off the bench in the preceding 2020-21 season.

“It was a good game for me. It was my first (full) game in the top league. I know I can do better and give Nairobi City Stars better results,” added the right winger.

Etemesi, formerly of Kangemi All-Stars, started the game before being replaced by Anthony Kimani.

He said: “Thank God for the debut at the big stage. It’s one of the things every player would wish for. It was not good (result) for me and for the team, but we are going to come back stronger,”

Ochieng, formerly of Vapor Sports, was introduced at the start of the second half in place of Oliver Maloba.

“This is what I have always dreamt of, to play in the Premier League. It’s a memorable experience and I now look forward to featuring in many more games,” said Ochieng.

At some moment in this World Cup a Spanish player is likely to set a new record as the country’s youngest every goal-scorer in the finals stage.
Sports
1 week ago
Post a comment
by ANGWENYI GICHANA Chief Correspondent, Nyanza Region
Sports
23 November 2022 - 11:48
Read The E-Paper