Chana looks to revives rivalry with Karan in Voi finale

Karan heads into Voi off the back of a sixth victory of the season last time out in Machakos.

•Karan will pilot a Ford Fiesta Rally2 in the event which will start at Voi Wildlife Lodge and finish at the expansive Taita Estate on Saturday.

•All Karan needs is to win the event outright and score a maximum of three points on the power stage to be on the safe side. 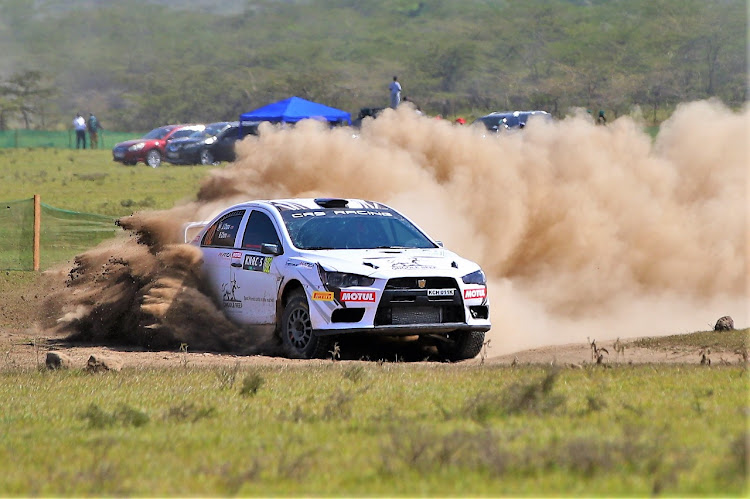 Series leader Jasmeet Chana and Karan Patel are expected to revive their rivalry for the Kenya National Rally Championship title in Voi this weekend.

Chana heads into the season-closing title decider nine points ahead of his opponent Karan, with 30 points to play for in the Sikh Union Club-organised Guru Nanak Rally.

Karan will pilot a Ford Fiesta Rally2 in the event which will start at Voi Wildlife Lodge and finish at the expansive Teita Estate on Saturday.

All he needs is to win the event outright and score a maximum of three points on the power stage to be on the safe side.

This will make him the champion if Chana aka ‘Iceman’ finishes second but without a point on the power stage.

Karan heads into Voi off the back of a sixth victory of the season last time out in Machakos, where he reignited his title hopes by lowering Chana’s initial 20 -point advantage to nine.

Bamba Rally saw Karan retire with gearbox problems but it will be interesting to see how the championship tussle pans out in the vast Taita Taveta County.

While Karan remains a firm favourite given his nature of Rally2 Fiesta and his ‘fast and furious’ cockpit antics, he is expecting to face an equally title-thirsty Chana in his Mitsubishi Evolution car.

Both Chana and Karan have yet to lay their hands on the coveted KNRC title currently held by Carl 'Flash' Tundo. But Chana feels good, excited, and really motivated to start his Voi campaign at the summit of the series.

He commented: “It has become a bit tighter now after the penultimate Machakos round. So, hopefully, let us see how it goes in Voi. We will be positive. We will still fight to the very end. Opening the road was not a good idea in  Machakos as we had a lot of animals that we had to stop for, so it was a bit difficult time for us.”

Karan’s navigator Tauseef Khan is keeping his fingers crossed and said: “It’s been a good season for us. Unfortunately, we broke down in Bamba, where our gearbox was packed up. But going into the last rally in Voi, expectations are a lot higher.”

Asked about his strategy for the weekend, Karan reiterated that the plan is the same—to win the event.

“We are going back to Voi for Guru Nanak where we won our first KNRC which is really exciting,” Karan said.

Away from the Karan-Chana tussle, other drivers will also drive to maximize championship points and to try and end it on a high.

Leonardo Varese already has the KNRC Division 3 and 2WD titles in the bag but he is eager to increase his point scores on the log. Besides his category titles, Varese is also seeking to wrap up his KNRC campaign in a career-best championship finish.

He currently sits fourth on the log with 82points behind Kush Patel who dislodged him from the third position in Machakos Rally.

Crews in Voi will tackle a competitive distance totaling to159.17km while the liaison distance is 70.91km.

Four stages will be repeated to make a competitive run of eight stages. The repeat run of the Charcoal Stage (21.30km) will serve as the power stage where the  fastest three drivers will earn additional 3-2-1 points in the championship.