At the Machakos tournament, Gitonga won the title after winning 13 games out of 18.

•Gitonga finished 4th at the East and Central Africa Scrabble Association Championships in Uganda in April. 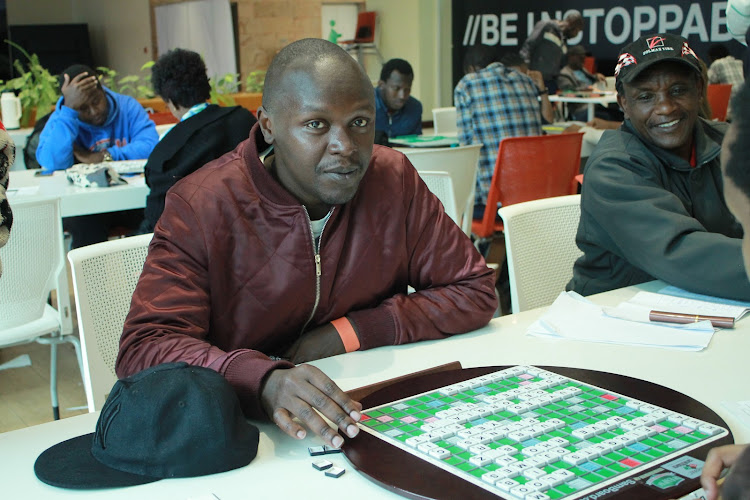 Kenya's Allan Oyende in a past action
Image: FILE

A day after winning the Scrabble Kenya (SK) title in Machakos, Patrick Nderitu Gitonga is now focused on next month's Africa Championships title in Lusaka, Zambia.

Gitonga finished 4th at the East and Central Africa Scrabble Association Championships in Uganda in April. The continental event, formerly known as Pan African Scrabble Championships, will run between October 21-24.

Gitonga is among the 21 players named in the Kenya team to fly the national flag in Zambia. He said the  Machakos event was a good morale booster and build-up event ahead of Zambia.

Gitonga started his build-up in Meru, where he finished fourth,  placed third in Bondo and Mombasa and finally won Machakos, the last qualifying round tournament.

Scrabble Kenya were using the four events as a yardstick to pick a team for the Zambia assignment.

“I tried to play well over the weekend especially on Sunday to win the Machakos leg and that has boosted my ego heading to the Africa show. This was my maiden win in the series after taking a long break due to the coronavirus pandemic,” said Gitonga.

The Nyandarua-based Gitonga qualified to Africa bonanza as Seed 4 with Michael Gongolo qualifying as Seed One to overtake Allan Oyende in the standings.

However, Gitonga is keen to travel to Nairobi, where he intends to train with top players including Oyende, Richard Oketch and Mutahi Martins among others in a bid to sharpen his skills.

“ I expect to play better in Lusaka and that is why I want to train with the likes of Oyende, Oketch, Stanley Njoroge, Bernard Koyyoko, Mutahi and  Manase Otienoat Stima Club, Nairobi,” added Gitonga.

At the Machakos tournament, Gitonga won the title after winning 13 games out of 18.

Post a comment
WATCH: The latest videos from the Star
by EMMANUEL SABUNI
Sports
20 September 2022 - 00:00
Read The E-Paper