Kangangi to be remembered as cycling ‘pioneer’, says Delagrange

•Kangangi represented Kenya at the Commonwealth Games and All Africa Games, and finished third in the Tour of Rwanda in 2017 while racing for the German UCI Continental team, Bike Aid, before switching to gravel racing.

•The 33-year-old Kenyan suffered blunt force trauma and internal bleeding after a high-speed accident at the Overland gravel race in Vermont on Saturday. 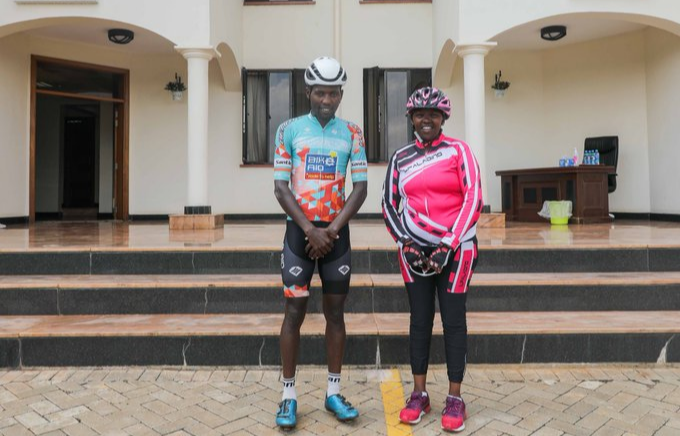 Suleiman Kangangi has been hailed as a man who transcended the sport of cycling after dying in a crash while competing in the United States.

The 33-year-old Kenyan suffered blunt force trauma and internal bleeding after a high-speed accident at the Overland gravel race in Vermont on Saturday.

Kangangi was a key member of East African-based Team Amani, which aims to enhance inclusivity in cycling and create opportunities for riders based on the continent.“Sule was someone who reached some of the highest levels within the sport, but at the same time thought to use his platform to widen the space for others,”

Team Amani director Mikel Delagrange told the BBC World Service.“He saw the challenges that have beset cycling. He wanted to make the sport a truly international sport accessible to everyone, including the young athletes from his own country in Kenya.

“He should be remembered as one of the pioneers who thought to kick the door open and to make this sport a truly global sport rather than just a regional European endeavour.“And that’s just why this is such a tragedy because, at 33 years old, he had so much more to give to this world.”

Kangangi represented Kenya at the Commonwealth Games and All Africa Games, and finished third in the Tour of Rwanda in 2017 while racing for the German UCI Continental team, Bike Aid, before switching to gravel racing.

Kenyan-born former Tour de France winner Chris Froome was among those to pay tribute to Kangangi, tweeting: “Heartbreaking. My thoughts are with Sule’s friends and family.”Delagrange is keen to continue the work of Team Amani, which Kangangi was central to.“Sule was the rock in which this entire project was built,” he said. “It was his vision, his ideas, and we were just all mobilising behind it. But he did articulate a vision and a dream, and now it’s for the rest of us to see it through to fruition.”

It was surreal. We were watching the results of the race and we saw that one of our team members had won the race, and everyone was jubilant and excited,” Delagrange said.

“It was a long-standing dream of Sule and I to travel to the United States with this team and to compete against the best and then here we are winning the race, it was realisation of a dream.“And just a moment later, I received a call that changed all our lives. I think we will be trying to draw on the memory of his strength to get through this period.”

Rachel described Kangangi as a mentor and a friend.
News
3 months ago