•Alexandra Popp scored twice as eight-time European champions Germany beat a spirited France side 2-1 in the second semi-final on Wednesday. 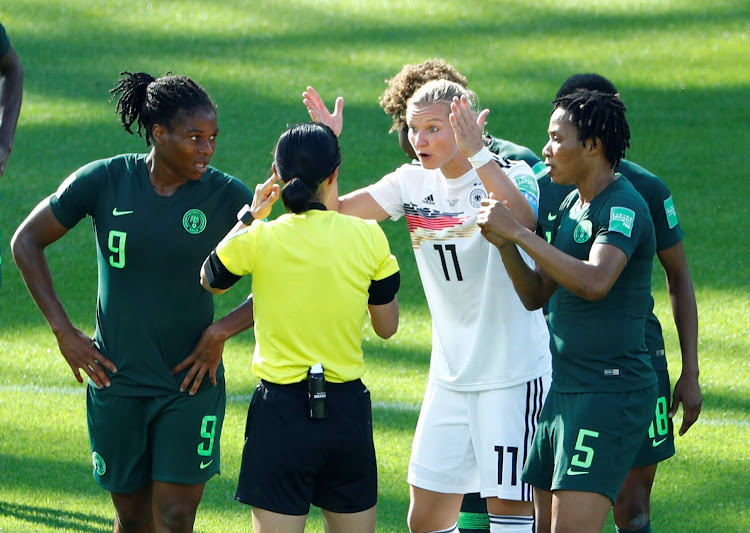 The Euro 2022 final between England and Germany at Wembley will be a “great football feast”, according to Germany boss Martina Voss-Tecklenburg.

Alexandra Popp scored twice as eight-time European champions Germany beat a spirited France side 2-1 in the second semi-final on Wednesday.

They will now play England on Sunday in front of a crowd of up to 87,200. “It’s a classic game, it will be an incredible final,” said Voss-Tecklenburg.

“We look forward to this game, as everyone will do in England and in Germany.

“We will be playing at Wembley in front of 80 or 90,000 people and most of them for England and against us but we understand that and we’re accepting the challenge.”

England, who have never won the tournament, reached the final thanks to a 4-0 victory against a Swedish side ranked second in the world at Sheffield United’s Bramall Lane on Tuesday.

However, Voss-Tecklenburg felt there were still plenty of areas to attack the Lionesses, saying: “England have been incredible in this tournament every single game for dynamism, lots of goals and they are so incredibly confident.

“They know what they have to do but in the first 30 minutes against Sweden, they showed you can hurt them and that will be our task. It will be a great football feast.”

England, then coached by Phil Neville, lost 2-1 to Germany in front of 77,768 at Wembley in November 2019, with Klara Buhl scoring a 90th-minute winner.

However, Voss-Tecklenburg felt that match would not be a good indicator of what was to come on Sunday. “You can’t compare that match. England are three years more mature,” she added.

The Lionesses have not been beaten since Sarina Wiegman took over in September. That undefeated run includes beating Germany on home soil for the first time in their history at the Arnold Clark Cup in February.

“I know Sarina is an incredible coach, it’s not about being the better coach,” said Voss-Tecklenburg. “We know each other’s strengths. It’s small details, forcing certain things, making fewer mistakes.

“We know what we have to expect and we will be ready but we have high respect for each other. She has already proved with the Netherlands that she can win a title and I hope it stays at one title.”