•Scamacca joins the Premier League club on a five-year contract with the option to extend another year.

•The 23-year-old was the second-highest Italian scorer in Serie A last season with 16 goals from 36 games. 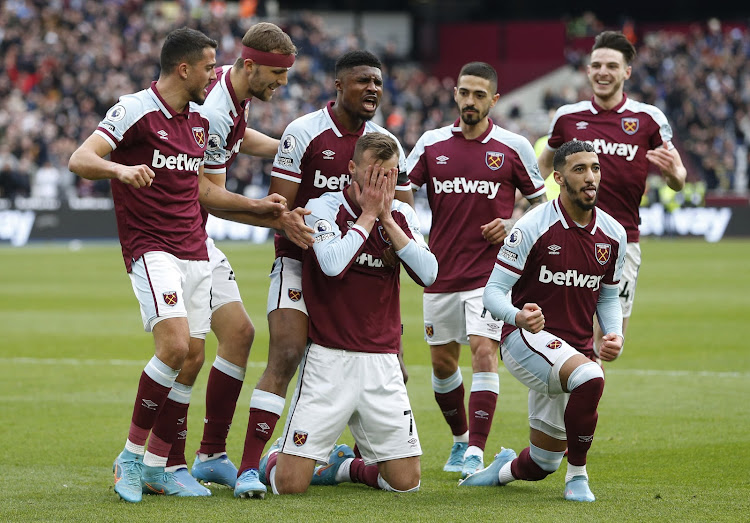 Scamacca joins the Premier League club on a five-year contract with the option to extend another year.

The 23-year-old was the second-highest Italian scorer in Serie A last season with 16 goals from 36 games.

"I've waited a long time for this moment - it's been a dream to play in the Premier League," he said.

"I am really excited to join West Ham - I feel like they are the perfect team for me. They showed they really wanted me and when I spoke to the manager there was an instant understanding.

"I can't wait to play and show the supporters what I can do in the West Ham shirt - I hope we will love each other."

The forward, who was also linked with Paris St Germain and Juventus, spent time in the academies of both Lazio and Roma before moving to PSV Eindhoven, where he spent 18 months, then returning to Italy to join Sassuolo.

A towering presence at 6ft 5in, Scamacca has earned seven international caps, including a start in Italy's 0-0 Nations League draw with England at Molineux in June.

However, 26-year-old Morocco international Aguerd, signed from French club Rennes last month, has since had surgery on an ankle injury sustained in the club's pre-season friendly against Rangers.

Hammers boss David Moyes has spent the close season trying to bolster his forward options and was in talks with Chelsea's Armando Broja.

"We've been looking to add more strength to our attacking options for a while, so we're delighted to have got Gianluca in," said Moyes.

"He comes really well recommended - and we're looking forward to working with him. "He's a young center-forward with a really bright future ahead of him."

West Ham also made an offer to Jesse Lingard but England forward, 29, decided to join promoted Nottingham Forest on a free transfer after leaving Manchester United at the end of his contract.

West Ham reached the Europa League semi-finals last season while finishing seventh in the Premier League to again qualify for Europe, They host champions Manchester City in their first game of the season.