Time to learn the motorsport jargon as Safari begins

A service period that takes place away from the Service Park at an outside location. Only parts carried in the rally car itself can be changed.

• Shakedown: The opportunity for crews to test their competition cars on terrain similar to the rally before the event starts.

• Ceremonial start: Usually held on a Thursday when crews drive onto a podium, greet the fans and give a short interview before making way for the next car. 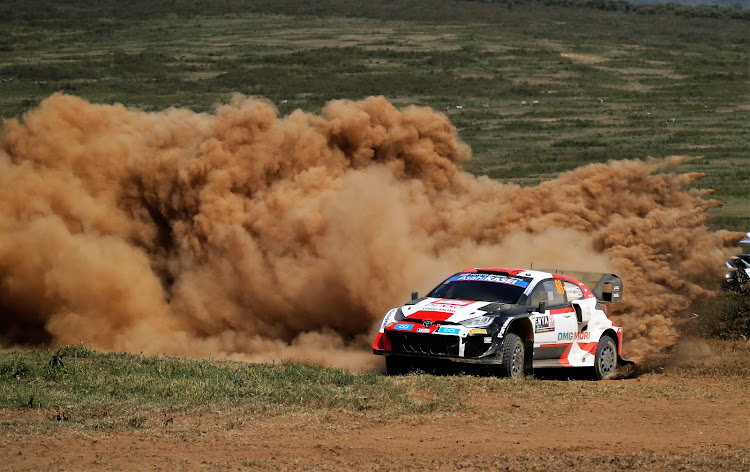 You are probably one of those diehard WRC Safari Rally fans headed for Naivasha or keeping abreast with proceedings of the event remotely, and you are baffled by the rally jargon. Well, here’s your weekend guide for the event.

Usually held on a Thursday when crews drive onto a podium, greet the fans and give a short interview before making way for the next car. Ceremonial starts often take place against spectacular backdrops or in the centre of the host city. Safari’s Ceremonial Start has always been based at KICC.

The navigator in the passenger seat gives a running commentary through an intercom to the driver about directional changes and road conditions ahead.

The end of a stage where the timing stops.

The WRC’s young talent series formerly known as the WRC Academy. This year, Kenyan driver McRae Kimathi is running a full campaign for the Championship.

A service period that takes place away from the Service Park at an outside location. Only parts carried in the rally car itself can be changed.

A set of instructions and route maps issued to each crew by rally organisers.

Sometimes called a liaison section. This is the public road which links the special stages, service points and parc fermé. Drivers must obey all applicable traffic laws on-road sections.

A structure of high carbon steel tubes welded inside the passenger compartment of a rally car and designed to keep the driver and co-driver safe in case of an impact or roll-over.

The order in which competitors tackle the stages. Current WRC leader Kalle Rovanpera will play the role of road opening on Friday in Naivasha.

FIA-sanctioned technical officials who check the legality of WRC cars before, during, and after each event.

The type fitted to most WRC cars. Gear selections are typically made by a steering-wheel-mounted paddle rather than the traditional 'H' gate manual system typically found on production cars.

There are usually three service periods during a WRC day – 15 minutes in the morning, 30 minutes at lunchtime, and 45 minutes in the evening. Teams can perform repairs or modifications to cars during these periods, and select tires of their choice for the following loop of stages.

The opportunity for crews to test their competition cars on terrain similar to the rally before the event starts. Competitors must drive through the shakedown stage at least three times, with all passes timed.

The competitive sections of the rally are also called special stages, where drivers and co-drivers drive as fast as they can to complete the section in the shortest time possible.

A stage – often set up in a sports stadium – with two parallel tracks that enable two drivers to race each other. Super-special stages are also run in city centre locations.

The place where cars must stop to get an official passing time recorded by rally officials.

WRC2 is the leading support series (Manufacturer) to the FIA World Rally Championship.

WRC Promoter GmbH is a joint company of Red Bull Media House and KW25. It is responsible for all commercial aspects of the FIA WRC, including broadcast formats, TV production, and the marketing of global media and sponsorship rights.

A course car is driven through a stage before the competitors start to alert spectators that the section is live. The zero car is preceded by the triple zero and double zero cars.