Ranked eighth in the 10-team league with seven points, Greensharks look a pale shadow of their former selves after managing just two wins in seven matches.

• We have just two experienced forwards while the rest are still learning the trade. A lot is bound to happen-Osiche 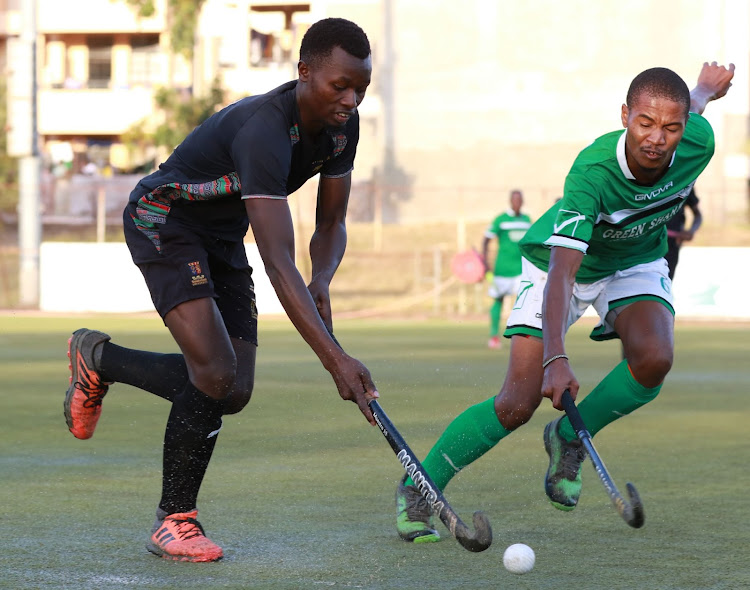 Greensharks captain Victor Osiche has attributed their poor run in the Kenya Hockey Union (KHU) league to a poor preseason and lack of fitness.

Placed eighth in the 10-team league with seven points, Greensharks look a pale shadow of their former selves after managing just two wins in seven matches.

Besides lack of depth, the team has failed to beat any team above them in the standings. Worryingly, their pair of victories were against ninth-placed Parkroad Badgers and tail-enders Mombasa Sports Club.

"We face a tricky assignment to get out of the bottom end of the standings if we fail to produce results in the remaining 11 games of the season," Osiche admitted.

"Without a proper preseason, it's hard to find your paces. We had many players out of Nairobi because of work-related duties, so it was hard to train together as a unit. We, therefore, didn't work hard enough to be ready for the season. Most players were also unfit."

Greensharks tasted defeats against defending champions Butali, Kenya Police, Wazalendo, and Strathmore Gladiators. Endurance has been the biggest impediment according to Osiche whose team now trains thrice a week to help improve their game.

"The good thing is that we know where we went wrong. We ran out of steam in the second half and most of our losses have come in the third quarter. As a team, we also need to learn how to win ugly because where we are is not where we ought to be."

Osiche said they will be forced to recruit more players in the mid-season transfer window with the midfield in particular in dire need of reinforcement.

"We lost two important midfielders in Abraham Mugo (Busia) and Kevin Simiyu (Kitale) just when the season was starting because of work commitment. They can only travel and play a Saturday match but cannot serve us in a Sunday fixture."

"We have just two experienced forwards while the rest are still learning the trade. A lot is bound to happen."

The women's top-tier league took a break as the national team continued with Commonwealth Games preparations.
Sports
2 weeks ago

At the same time, the maverick forward said any decision taken by the union as far as the season is concerned will be welcome.
Sports
1 year ago