Kenya has so far garnered 24 medals in the championships.

• The team bagged two gold, four silver and two bronze medals to surpass the 16 medals won during the previous edition in Samsun, Turkey in 2017.

•Kenya are expected to bag more medals in the men’s and women’s marathons. 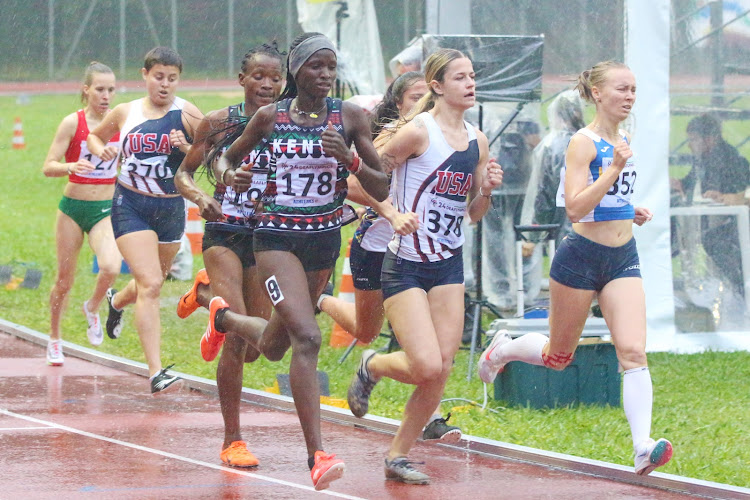 Athletes battle it out in the women's 800m final
Image: ANGWENYI GICHANA

Team Kenya bagged eight medals on the penultimate day of the 24th Deaflympics at Caxias Do Sul in Brazil to increase their medal tally to 24 on Sunday morning.

The team bagged two gold, four silver and two bronze medals to surpass the 16 medals won during the previous edition in Samsun, Turkey in 2017. They were targeting 20 medals in Brazil.

On Sunday morning, Elikana Rono clinched gold in the 800m while two-time Deaflympics champion Simon Kibai completed a double after bagging gold in the 5, 000m. He finished the race in 14:14.81 ahead of compatriot Ian Kahinga, who finished in 14:24.27, while Otto Kingstedt of Sweden was third in 14:44.19.

Kibai was over the moon after winning his second gold medal in Brazil. “It was not a mean feat. The weather was terrible since it was raining and very cold. However, I’m happy with the gold medal,” said Kibai. 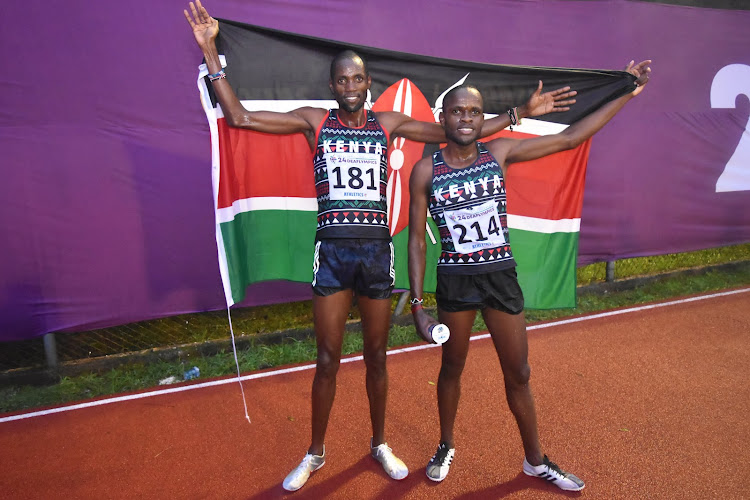 Speaking after the race at the Sesi Centro Esportivo in Caxias Do Sul, he called on the government to support deaf athletes by offering them employment like their hearing counterparts.

Lourdes Juarez of Mexico was beaten to second place in 17:33.91. Kenya’s other representatives, Serah Kimani and Lourine Ngonga, were fourth and sixth respectively.

The Kenyan quartet of Beryl Wamira, Linet Fwamba, Sharon Bitok and Pamela Atieno clinched a silver in the women’s 4x400m relay while their male counterparts Isaac Atima, George Waweru, Charles Muthama and Simon Menza settled for a bronze in their event.

It was Wamira’s fourth medal, two silver and two bronze.

Kenya is expected to bag more medals in the men’s and women’s marathons.

“The marathoners are very strong and focused on bringing glory to the country,” said coach Kibet Samuel.