• The Ruaraka-based side beat both Kenya Army and Administration Police-Kenya by straight sets but lost to Kenya Ports Authority 3-2 in the five-set thriller.

• Omondi said their season targets are achievable and called on the players and everybody associated with the club to rally behind them. 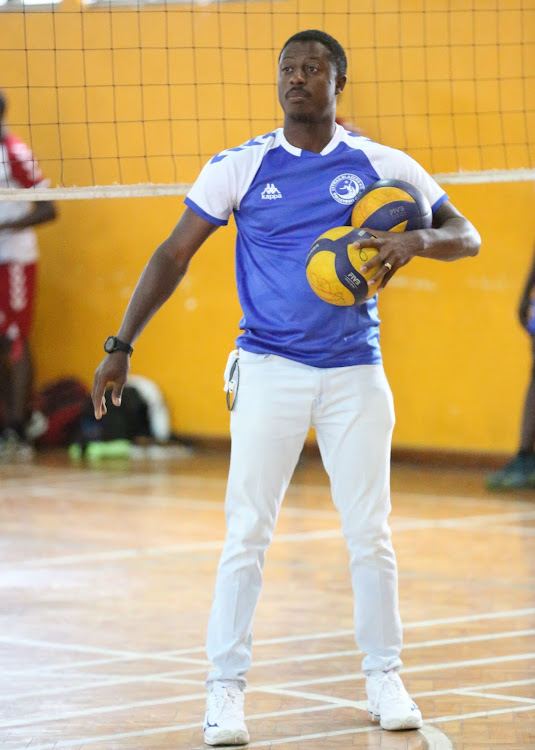 Trail Blazers will focus on the front-court defence as they prepare for the next month's fourth leg of the Kenya Volleyball Federation men's league.

Blazers are barely six months old after formation in November last year but the newbies are already daring the big guns in the national league going by last weekend's results.

The Ruaraka-based side beat both Kenya Army and Administration Police-Kenya by straight sets but lost to Kenya Ports Authority 3-2 in the five-set thriller.

Omondi noted that his charges have improved but hopes to push the players hard when they return to training next Monday after being given a week-long break following their weekend exploits.

"The players have upgraded their performance but they have not hit their peak yet. Frontcourt defence is definitely an area we have earmarked to work on," the former national team coach said.

"The loopholes will be filled once players embark on training from Monday. The target is to stretch them to their limit in order to unlock their potential. There's so much that needs to be done to enable this team to become competitive"

Omondi said their season targets are achievable and called on the players and everybody associated with the club to rally behind them.

"The playoffs slot is the bare minimum and that means we have to finish among the top four teams. We all need to fight towards this common course because there's strength in unity."

Blazers will take one game at a time for the remaining legs."It is hard to plan for the whole season in this league because fixtures are always released before the legs. Now we have to tackle game by game and adjust according to the opponent."

He added: "Players have been given recovery protocols by the strength and conditioning coaches and I hope they follow to the latter."

KPA assistant coach James Ontere lauded his charges for the spirited fight but challenged the referees to make the right calls.
Sports
4 months ago

"The decision to come to Kenya was like diving into the unknown but I desperately needed a change anyway," —Mbappe.
Sports
5 months ago
by EVANS OUSURU
Sports
20 April 2022 - 01:21
Read The E-Paper