•Police could not capitalise on Jaguars' exhaustion, a team that only rested for 16 hours 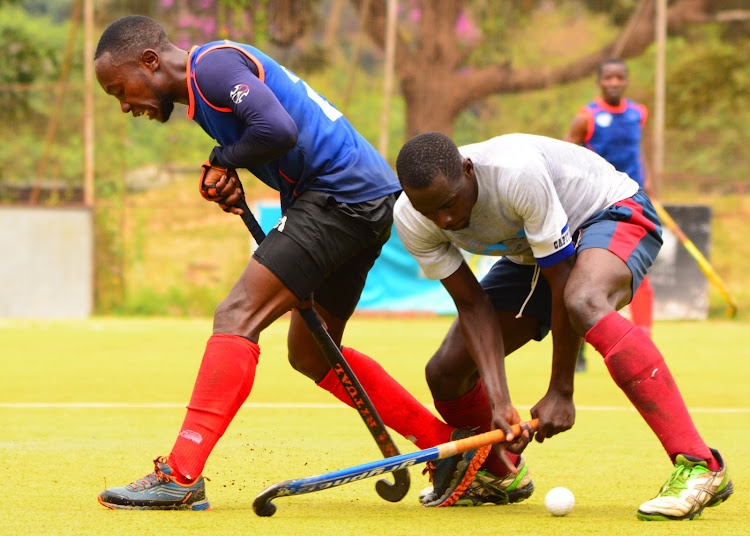 Western Jaguars bounced from their 3-0 loss against Sailors on Saturday to beat Kenya Police 2-1 on Sunday in a Kenya Hockey Union Premier League match at the City Park Stadium.

This was Jaguars' first win of the season. The Kakamega-based side opened the scoring in the 20th minute through Derrick Juma.

Titus Kimutai drew the law enforcers level in the 49th minute before Bethuel Masambu scored the winner a minute from time.

"It was great to come back after the Sailors setback on Saturday and the performance today (Sunday) had all the elements of a good team. We used the loss as a rallying call and the team pulled together," Jaguars captain Ivan Ludiali said.

The international under-21 captain added: " Even after Police leveled, we felt we had the chance to win the match and it wasn't surprising to score late on. "

"The boys turned up against Police. The target was six points but the players managed half the job which is not bad for a start. We need to build on this result and I believe the boys have the potential to perform better," Malungu said.

Police could not capitalise on Jaguars' exhaustion, returning to the pitch just 16hours after the loss to Sailors.

The former champions looked a pale shadow of a team that dismantled Wazalendo 3-0 in their first match and also came from 2-0 down to draw 2-2 with defending champions Butali prior to this result.

Coach Patrick Mugambi attributed the defeat to a lack of midfield control.

"We just had an off day, completely. We were poor in all our executions and the midfield was overrun. We lacked the energy in midfield and the turnovers really cost us," Mugambi observed.

"You cannot go toe-to-toe with Jaguars. They are a relatively young side, look sharp and fit. Conceding a goal in the last minute was unnecessary. Going forward, we need to bring our mojo back by ensuring we command the midfield. We also need patient build-up in the forward areas and the pace will also be worked on."

A 58th-minute goal from Amos Wangwera was all that Mvita needed to to defeat Kisumu Youngsters 1-0 in a men's Super League match. Kisumu lost 2-1 to Sikh Union on Saturday while Mvita drew 1-1 against Nakuru.

In another match, Park Road Tigers shared the spoils with Jomo Kenyatta University of Agriculture and Technology in a 1-1 draw. Meshack Mandela was on the scoresheet for Park Road while Collins Odongo responded for the students.

The Kakamega side conceded twice in a span of three minutes to compound a dismal first half.
Sports
7 months ago

The law enforcers are placed second with four points in the 10-team league.
Sports
7 months ago

Kenya will host the North East Africa qualifier for the All Africa Games in May, with Ademba confirming his availability.
Sports
7 months ago
Post a comment
by OUSURU EVANS
Sports
04 April 2022 - 05:00
Read The E-Paper