Formula 1 to stage first race in country amid controversy

The state is set to host a grand prix for the first time in F1 history.

• Hamilton will have been boosted by winning Sunday’s Sao Paulo Grand Prix in Brazil, despite two penalties.

• After Qatar, there is a week off before the trips to Saudi Arabia (December 5) and Abu Dhabi (December 12) to finish the season. 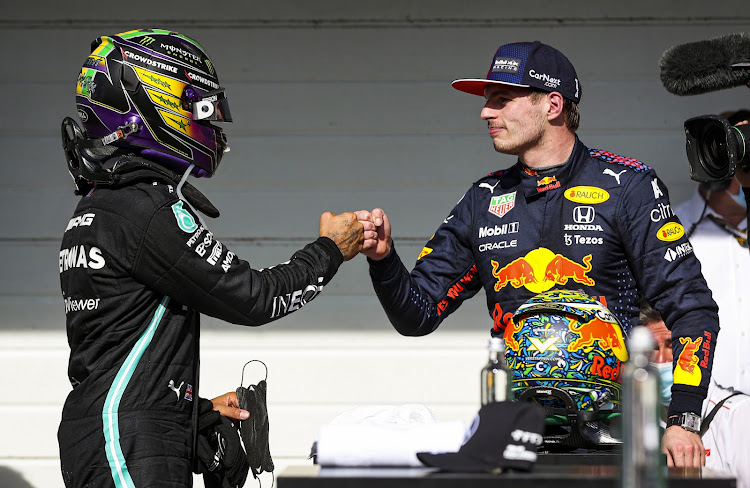 With three races left in a thrilling 2021 Formula 1 season, the sport heads to new territory this weekend — Qatar.

The state is set to host a grand prix for the first time in F1 history.

Hamilton will have been boosted by winning Sunday’s Sao Paulo Grand Prix in Brazil, despite two penalties.

The Briton began last weekend 21 points behind the Dutchman, with Hamilton disqualified from qualifying — after he had been fastest — as the rear wing on his car contravened rules.

That forced him to start at the back of the 24-lap “sprint” event, although he finished fifth to start the grand prix 10th following a separate five-place grid penalty for exceeding the permitted number of engine parts.

But, in a performance described by 1996 world champion Damon Hill as “one of the best drives I have ever seen in F1”, Hamilton fought through the top 10 and overtook Verstappen with 12 laps to go for his first win since the Hungarian Grand Prix in August.

There are 78 points still available across the three remaining races — 25 for a race win, plus a point for the fastest lap — so if Verstappen wins in Qatar with Hamilton second, the Dutchman can afford to finish second to the Briton at the final two races and still win the title.

After Qatar, there is a week off before the trips to Saudi Arabia (December 5) and Abu Dhabi (December 12) to finish the season.

“We still have a good points lead,” said Verstappen. “It was damage limitation on a weekend where it was a bit difficult for us, but I’m confident we will bounce back.

“It [the title race] has been like this the whole year. It went up, comes down, went behind, I’m back in front, so a lot of things can still happen.”

The inaugural race in Qatar will take place at Losail International Circuit, 20 miles outside of Doha, and fills the vacant slot left by the cancelled Australian Grand Prix.

Qatar is not scheduled to hold a race in 2022 because of the football World Cup it hosts next November and December but has agreed to a 10-year deal to be on the F1 calendar from 2023.

An F1 statement said “there was a strong will from Qatar to be helpful to F1” and their “vision for F1 to be the showcase after the World Cup was the driving force” behind the lucrative agreement.

FIA president Jean Todt said Qatar’s long-term commitment to F1 was “another example” of the country’s “strong passion for sport”.

However, Amnesty International UK said it was more evidence of the country’s attempt to “sportswash” and urged F1 drivers to highlight the country’s poor human rights record.

Amnesty International UK chief executive Sacha Deshmukh said: “It’s no secret rich countries in the Middle East see top-level sport as a means to rebrand and sportswash their images, and a grand prix in Qatar is more of the same.”

The 5.4km circuit was built in 2003 and has hosted MotoGP events every year since 2004, apart from 2020 when it was cancelled because of the coronavirus pandemic. It is regarded as a fast and flowing track, where medium and high-speed corners dominate.

More than 1km of the track’s length is made up of the main straight, which provides plenty of overtaking opportunities into Turn One.

Verstappen and Hamilton have crashed into each other twice this season and raced wheel-to-wheel on numerous occasions, and Qatar could be the setting for more thrilling drama this weekend.