Pipeline to unveil six players next week ahead of new season

Left attacker Adhiambo, 21, was one of the standout performers for the Directorate of Criminal Investigation last season

• "In order to go the full length in the coming season we need experience,"—Gitau

• Pipeline boasts one of the talent-rich squads in the league highlighted by Olympians Agrippina Kundu, 28, and Gladys Ekaru, 22. 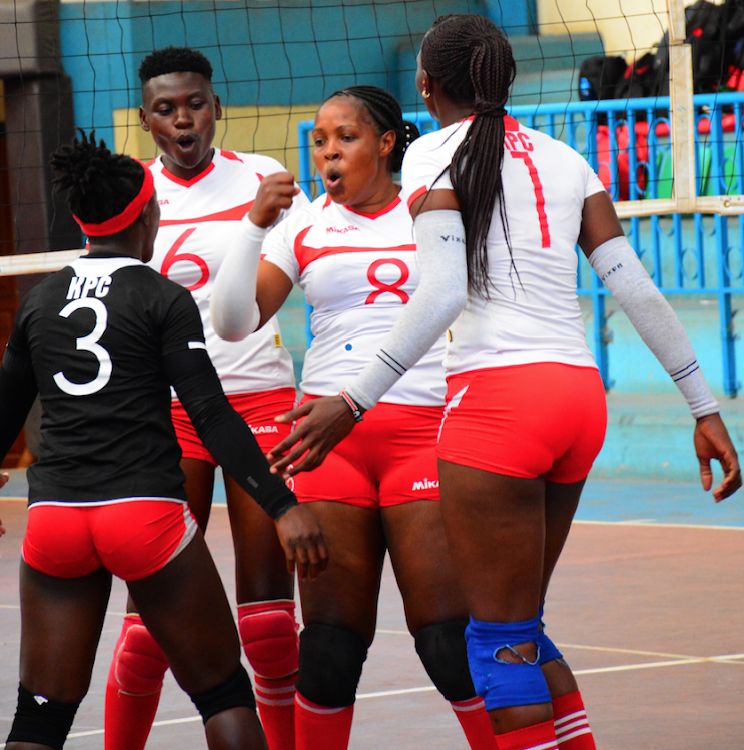 Pipeline players react to a score against Kenya Prisons in a recent match
Image: ERICK BARASA

Kenya Pipeline will unveil six players next week ahead of the new season that serves off next month.

He said they are looking to add more accomplished players to their ranks to complement the talented squad as the oil merchants plan to challenge for the national title currently held by Kenya Prisons.

Left attacker Adhiambo, 21,  was one of the standout performers for the Directorate of Criminal Investigation (DCI) team last season and middle blocker Barasa, fresh from school, will be among the six players the team will unveil next week. Pipeline finished third in the league last season.

"My team is youthful with majority of the players below 23 years and Adhiambo and Barasa falls in this category of the project we are building," Gitau remarked.

"In order to go the full length in the coming season, we need experienced players. We are looking for seasoned players who can play in the left attacking as well as right side hitters who can help us achieve our target," he revealed.

"Inexperience has been our undoing in the past but if we can get the best players who can guarantee good results we will be good to go. Hopefully, we will unveil the six new signings next week."

Gitau said the Barasa and Adhiambo have already settled in the team and can't wait for the season to start."Barasa has already settled and looks more assured and hungry. She's not new in this league having played for KCB in 2019 while in Form Two. Adhiambo has trained with us and she is a fantastic player,"quipped  Gitau.

Pipeline boasts one of the talent-rich squads in the league highlighted by Olympians Agrippina Kundu, 28, and Gladys Ekaru, 22. The latter was a class act in Tokyo in her maiden appearance at the world stage.

While Pamela Adhiambo and Yvonne Snaida are only getting started in their careers, Pipeline could be a tough nut to crack if they can get their act together. The likes of captain Rose Magoi remain crucial to the side. The new season is set for the second week of November.