ROMA CLOSE IN ON XHAKA

•The stumbling block is Arsenal’s valuation of £20 million whereas Roma want to pay £15million.

•Mikel Arteta would have a hole in his midfield if Granit does leave and I am hearing that Wolves’ Ruben Neves is on their radar but the Portugese international would cost in the region of £40million.

•Arsenal’s Ainsley Maitland-Niles is anxious to sit down with manager Mikel Arteta to discuss plans for the future. 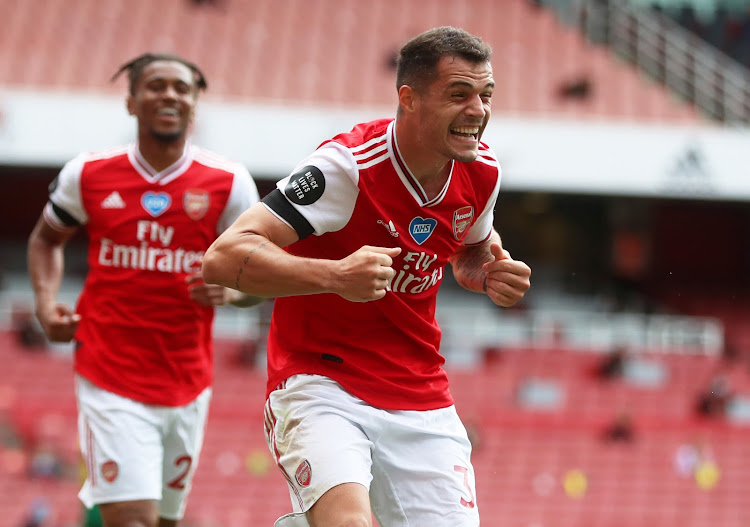 The stumbling block is Arsenal’s valuation of £20 million whereas Roma want to pay £15million.

Roma are hoping to close the deal this week before the Euros kick-off however Xhaka is part of Switzerland’s Euro team and is somewhat distracted at the moment and not commenting.

Mikel Arteta would have a hole in his midfield if Granit does leave and I am hearing that Wolves’ Ruben Neves is on their radar but the Portugese international would cost in the region of £40million.

Arsenal’s Ainsley Maitland-Niles is anxious to sit down with manager Mikel Arteta to discuss plans for the future.

After spending the second half of last season on loan at West Bromwich Ainsley told us that he does not yet know whether the Gunners want to keep him.

“I’ve got two years left on my contract when I go back after the summer,” said the 23 year-old.

“Once I do go back I need to speak to the manager and see what ideas he has for me. Then we can move on from there. I hope I can get some clarity. I hope I can find out what kind of player he sees in me and what role he has in mind for me.”

He went to West Brom in order to get some regular first team football after being dropped down the pecking order by Arteta and his idea was to impress England manager Gareth Southgate for the Euros but this hasn’t worked and he has been left out of the national team selection.

Arsenal and Tottenham lose out on Ancelotti changes Martin Odegaard is returning to Real Madrid after a successful period at the Emirates. Everything has changed in Madrid now that Zidane has gone and Carlo Ancelotti has taken over. He is a manager everyone wants to play for.

Both Odegaard and Dani Ceballos hope to impress Ancelotti and travel to the Spanish capital in the next three weeks.

Ancelotti has earmarked Odegaard, Ceballos and Gareth Bale as three players he sees playing a big part in the coming season.

Spurs were prepared to offer Isco a three-year contract. He was a vital part of Ancelotti’s last spell at Madrid and was only leaving because, like Gareth Bale, he could not get along with Zidane.

Lingard and James look for guarantees 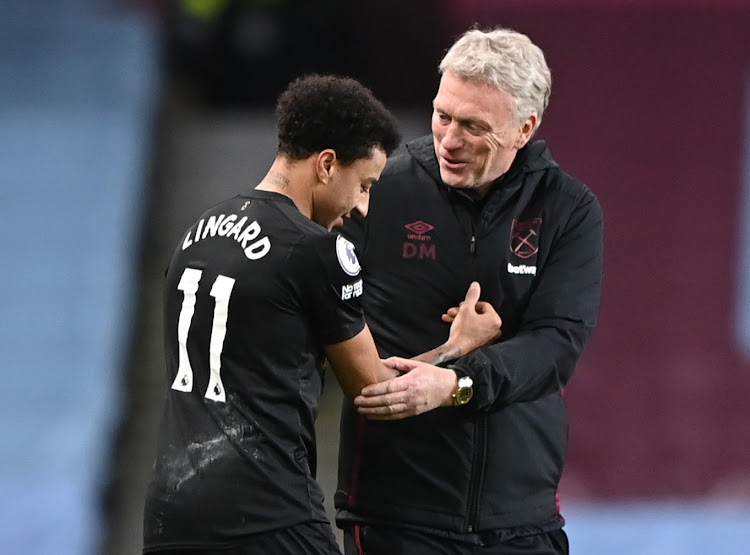 Manchester United manager Ole Gunner Solskjaer has two challenges to solve before pre-season training starts. Last season Jesse Lingard showed his value by playing a starring role in West Ham’s entry into the top ten clubs in the league table whilst on-loan from United. Daniel James played only a minor role at the club with match time very limited. The pair have shown in international friendlies just how valuable they can be with Lingard very involved in Bukayo Saka’s goal which gave England a 1-0 victory against Austria. Daniel James impressed for Wales against France and despite being on the losing side he emphasised his dribbling skills which have been admired by Solskjaer in the past. Both players, if they stay at United, are going to demand guaranteed match time or they will look to move away from Old Trafford.

That old chestnut of Wilfried Zaha leaving Crystal Palace has raised its head once again. This time however Palace have been involved in talks over his possible replacement. Zaha has outlined his plans to leave this summer before the squad returns for pre-season training next month. He put in an official transfer request ten days ago. Palace chairman Steve Parish does not want to sell his star player but is willing to grant Wilfried’s wish if sensible offers come in. Everton were interested but with Ancelotti leaving these plans have now changed. Tottenham were also watching Zaha’s situation but they too are searching for a new manager so everything is on hold. Whoever takes over from Roy Hodgson as manager will not want to lose Zaha especially as Eberchi Eze will miss the start of the new season with an Achilles injury. Unfortunately for Palace, any fee collected for Wilfried immediately sees 25% of that money being paid to Manchester United under the contract which took him from Old Trafford to London in 2015. Belgium striker Christian Benteke has signed a new two-year contract to stay at Selhurst Park.

I spoke with contacts in Liverpool this week concerning the African Cup of Nations. The future of this tournament is in doubt because of Covid-19. The draw was to be made on June 26 but this has been scrapped. The problem has been further confused because the host nation Cameroon is suffering a civil war. This has an effect on Liverpool who expected to lose three of their stars in Sadio Mane, Mohammed Salah and Naby Kieta. The competition was scheduled to run from January 9th to February 6th 2022 and Liverpool had already made plans how they would cope with losing the three key players. Now they have revised their plans.

Conte was never going to Spurs 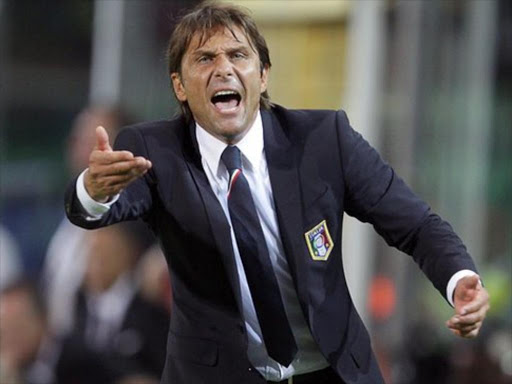 I did not comment to you when Antonio Conte was rumoured to be joining Tottenham as manager because I knew the deal would be almost impossible to pull off. Conte and Spur’s chairman Daniel Levy remind me of the irresistible force meeting the immovable object. Working together would have produced fireworks and in my opinion would have ended in tears very quickly. Conte is fiery, committed, passionate and emotional and wears his heart on his sleeve. He is also notoriously difficult to work with if he doesn’t get his own way. Levy is someone who knows he is the boss, plays all his cards from a position of strength and he plays second fiddle to no one. Rather like Conte.

Aleks Zinchenko has enjoyed such a brilliant season at Manchester City that Pep Guardiola now trusts him to start every match. In recognition of his achievements, his home country Ukraine have awarded him the captain’s armband for the Euros. Zinchenko, at 24 years of age, has not always enjoyed such a good relationship with his native Ukraine. After a mistake in the Nations League, which allowed Leroy Sane to score for Germany, the fans reaction was vile and death threats were made against Aleks and his family.

He said one read: “For losing the ball in the opponents half of the field, they with you and your family are dead.” Zinchenko has an interesting history and had to swear an allegiance to his home country after fleeing to Russia in 2014 when war broke out. He informed his then club, Shakhtar Donetsk that he would not honour his contract and signed for a Russian team. Despite being used as a left-back at City he will play in his favoured role in central midfield during the Euros. 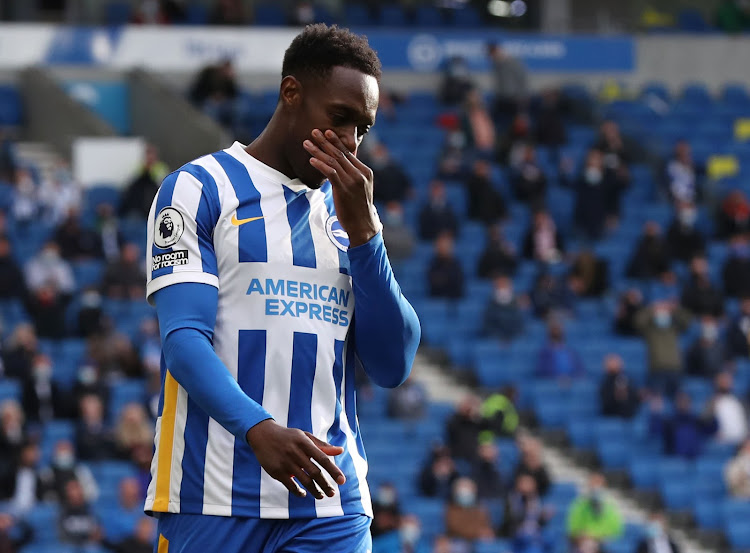 I have long held the view that Danny Welbeck could have had a more sparkling career given his striking talents. He played for England but has endured a low key career for some years. Brighton offered him a deal at the Amex Stadium last season and Danny did well. As a result Brighton Chief executive Paul Barber has offered him a new one-year contract. He said, “Those who doubted he could still play at premier level have been answered by his performances. We would love Danny to be with us next season. We are certainly talking to him and we will see where we get to over the next few weeks.”

At last Manchester City owner Khaldoon Al-Mubarak has admitted that the club’s involvement in the aborted Super League fiasco was entirely his idea and he had instructed club officials to join against the wishes of the players, officials and fans. Khaldoon issued an apologetic statement which said, “I want to start with apologising to the fans. I owe it. It was a mistake. I think in hindsight, the decision should have been from the beginning: a decision not to participate in the league. I absolutely regret it. The benefit of hindsight is easy right now. I regret it and you can see it: our reluctance. You can see also that once we recognised there was a mistake, that’s it. I’m not going to defend the reason why we did it. What I will do is: I will own it. I took a decision  and ultimately I take full responsibility and it was a mistake.”