Koech transitions into marathon after decorated career in steeplechase

His compatriot in steeplechase, Leonard Bett, hailed mountain running as an avenue to build endurance for athletes and noted that Kenya has the capacity to hold African and worldwide events in the sport. 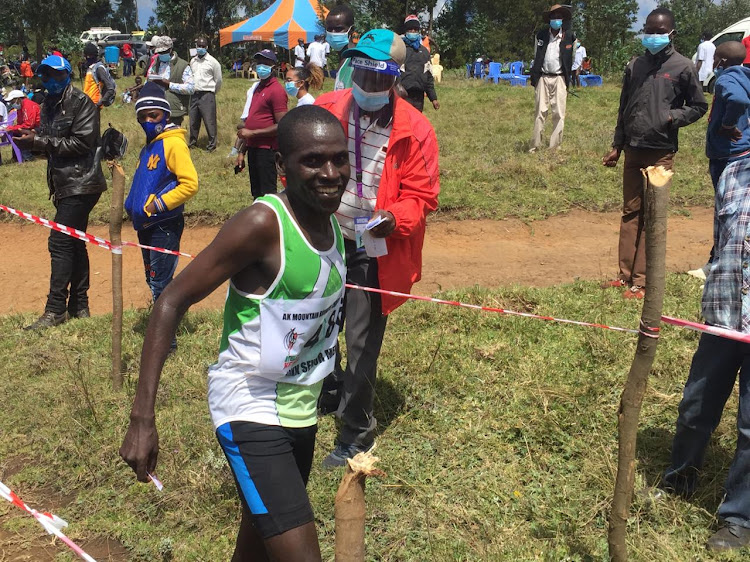 Paul Kipsiele Koech during the AK Mountain Running Championships in Naivasha over the weekend
Image: COURTESY

Athens Olympics 3,000m steeplechase bronze medalist Paul Kipsiele Koech is hoping for a successful career in marathon running after trading the track for the roads.

Koech, whose personal best of 7:54.31 is the third fastest in the history of steeplechase, was among hundreds of athletes who graced the Athletics Kenya Mountain Running Championships in Naivasha, Nakuru County over the weekend.

"My participation in the mountain race was not about winning but building up on my preparations for marathon running. I am targeting an even better career on the roads than I did on the track," Koech said.

He is still monitoring how the Covid-19 situation worldwide unfolds before settling on a particular marathon in which to make his debut.

"For now, I am keeping my options open and waiting for the pandemic to subside. The earliest I can participate is probably next year where there will be many marathons on offer," he said.

Turning his attention to the event of the day, Koech admitted that mountain running is tougher than steeplechase although he applauded it as a perfect platform to upgrade one's fitness.

"There are many of us who came to use this event to prepare ourselves for upcoming races. It was a bit tough compared to the other races I have participated in, especially the steep terrain," Koech said.

The 2008 World Athletics 3,000m steeplechase champion also bemoaned the impact of Covid-19 restrictions on his training regime and those of fellow athletes.

"It has been tough not being able to train together physically and instead relying on virtual communication. There is hope at least with the return of sporting activities like this one," he said.

His compatriot in steeplechase, Leonard Bett, hailed mountain running as an avenue to build endurance for athletes.

"I was not so much concerned about a podium finish but building endurance. I am glad that I was able to gauge the level of my fitness," he said. 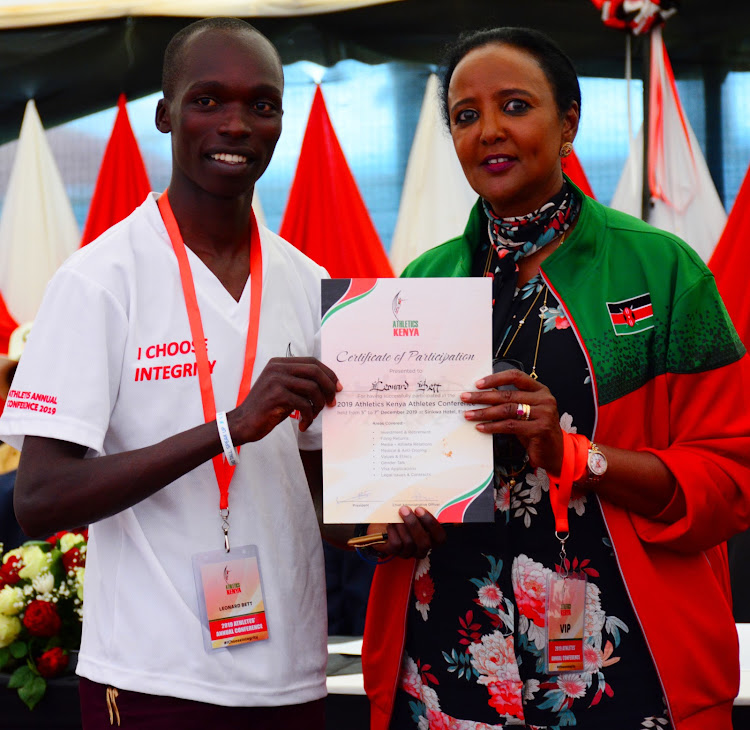 Although his next focus is on cross country meets in the country, the World Under-20 silver medalist is flirting with the possibility of eventually transitioning into mountain running.

"As you know, I started as a runner in 2,000m steeplechase before I graduated to 3,000m. The more I grow, the more I need more challenges and longer distances like marathons and mountain running," he said.

He hailed AK for staging a successful edition of mountain running and noted that the country has the potential to host continental and worldwide events in the division.